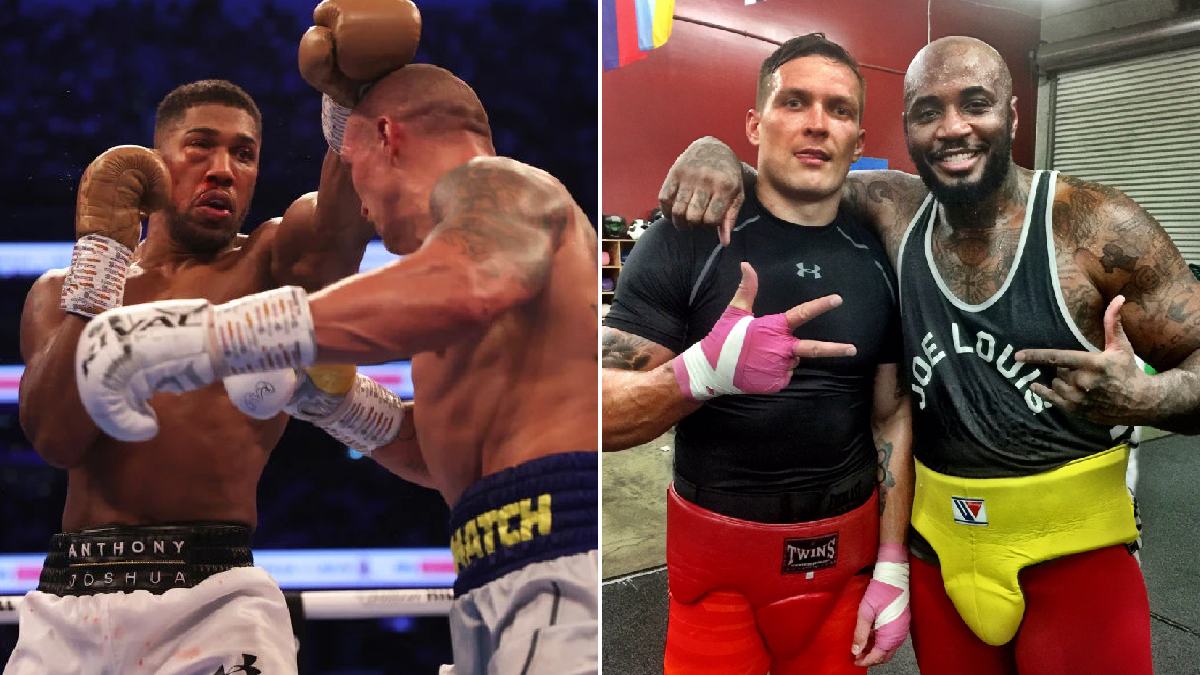 Deontay Wilder’s trainer has leapt to the defence of Anthony Joshua after his defeat to Oleksandr Usyk, branding the Ukrainian a boxing ‘great’, while Andy Ruiz Jr. was also full of praise for the new heavyweight champion.

Joshua lost his WBA, IBF, WBO belts on Saturday night at the Tottenham Hotspur Stadium after Usyk put on a clinic, outclassing his opponent over 12 rounds to win by unanimous decision.

The scorecards – 117-112, 116-112, 115-113 – reflected the former cruiserweight’s overwhelming dominance despite a significant size disadvantage, while AJ was taken to hospital with a suspected broken eye socket.

Joshua has already received plenty of stick for his approach in the fight and losing his belts for a second time, but Wilder’s trainer Malik Scott – who has been part of several training camps with Usyk and sparred him on numerous occasions – has hit back at anyone criticising the dethroned champ.

Reacting to Usyk’s win on his Instagram, Scott wrote: ‘FYI: If anybody sends me a message calling Anthony Joshua a bum or talking derogatorily about him because he lost to a great fighter I’m blocking you immediately! #Ficklehumans’

Scott knows Usyk well from their time in the gym together and also sent the Ukrainian a message of congratulations, having previously spoken incredibly highly of him and predicted big things in the heavyweight division.

‘Boxing this dude is like boxing a black belt,’ said Scott in 2019. ‘Every day you box him, he’s a brainiac, he’s a scientist, he’s a master boxer.

Former world champ Andy Ruiz Jr., who knows exactly how it feels to take Joshua’s belts from him, also watched the fight with keen interest and lauded Usyk after his stunning win.

‘Yeah man, congratulations Usyk dude! He did his thing. Look at that, Jesus Christ right there baby. Congratulations brother,’ he said on Instagram on Saturday night.

Despite being outclassed, Joshua intends to exercise his immediate rematch clause with Usyk and will look to avenge his defeat just as he did with Ruiz in Saudi Arabia.