Deontay Wilder has revealed he is recovering from a bicep injury which he suffered in his devastating world title loss to Tyson Fury over six weeks ago. Wilder was knocked out in the seventh round of their Las Vegas clash.

After his loss, Wilder came out for a slew of excuses, including one about how his 45lb ring-walk costume weakened his legs before the fight.

The Bronze Bomber did, however, immediately invoke his rematch clause with Fury, and it was expected that a third fight would go ahead in July.

But the coronavirus has pushed those plans back until at least October, according to promoter Bob Arum. 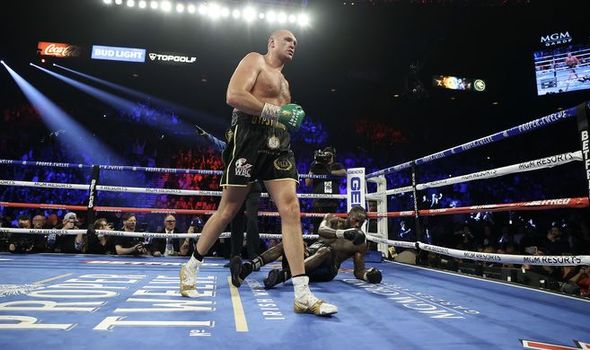 The layoff will also be enough time for Wilder to recover from the injury he says he suffered during the Fury fight.

“Recovery [for my bicep] is going well and I’m in therapy,” Wilder told the PBC Podcast on Wednesday.

“I ended up injuring it during my last fight (With Fury). Somewhere up in there.

“But everything is going great with it.

“It’s another thing I’m just focusing on – recovery. To get me back to full health.”

Arum revealed last month that October 3 would be the new date for Fury vs Wilder 3, while Anthony Joshua is hoping to get a shot at the winner.

Wilder says that his third clash with Fury should happen by the end of the year. 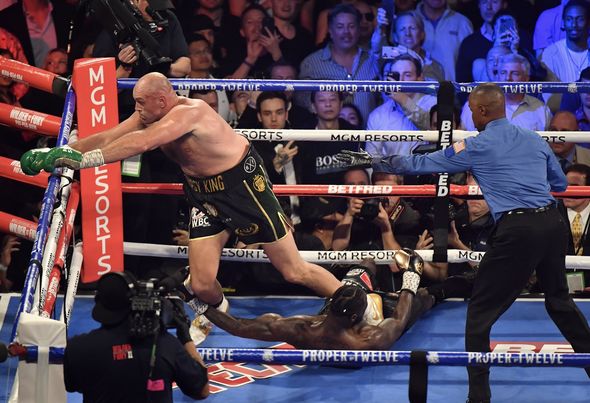 “I’m getting ready to [fight] hopefully, getting this corona stuff out of the way, and we can get back to the camp ,” he added.

“Get ready to go again (with Fury) some time at the end of the year.”

The topic of a potential step-aside fee for Wilder to take so Joshua can face Fury has been discussed in recent weeks.

But various Top Rank chiefs, including Arum, say that Wilder hasn’t indicated that he wants to duck the rematch.

Joshua’s promoter Eddie Hearn is also doubtful that Wilder would do that, as he branded that potential move as ’embarrassing’.

Joshua was scheduled to fight Kubrat Pulev on June 20 in London but it was postponed due to the virus as well.