Deontay Wilder has doubled down on claims sacked coach Mark Breland contaminated his water before his one-sided defeat to Tyson Fury. The Bronze Bomber has used multiple excuses for his first career defeat at the hands of the Brit in Las Vegas almost a year ago and still the saga rumbles on.

Fury knocked Wilder down twice before Breland threw in the towel in round seven, as the Gypsy King was crowned the new Ring Magazine and WBC world champion.

Wilder though, was left furious that his corner surrendered and fired Breland as a result of his actions, claiming that he should have been allowed to fight on.

Yet despite initially claiming that his ring walk costume was “too heavy”, causing his legs to fatigue, Breland was then accused of contaminating Wilder’s water.

The retired world champion has since hit back at his former fighter, claiming that his career is now over following his loss to Fury, comments that have not gone down well at all with Wilder. 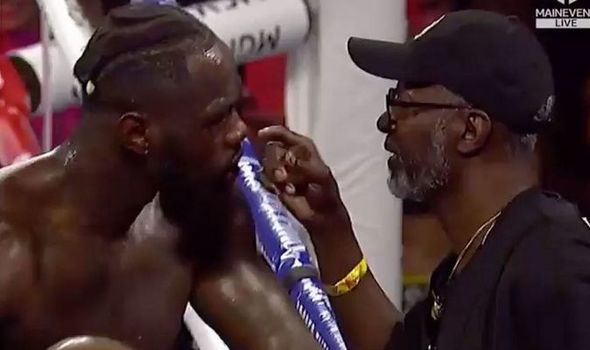 “It’s crazy. It is crazy,” Wilder told 78SPORTSTV, when asked about the deterioration of his relationship with Breland.

“Because I had this man around me for so long. I had him around my family, my kids. I fed this dude.

Even when many people thought I outgrew him, many wanted me to fire him but I kept him on board.

“He should have been gone a long time ago, but because of the love that I had… even after the fact of all the medical issues that he has personally going on with himself, I still kept him around.

“For him to betray me and say crazy stuff, it is hurtful only for the simple fact of how close we had him around family. I can’t understand why, what the f*** did I do?”

He then added on Breland protesting his innocence from the allegations surrounding the contaminated water: “Oh, you wanna break your silence to the UK media talking about, ‘Somebody else poured the water.’

“Nah, my motherf***er, you did that s***. You’re talking about, this is the end of my career? Man, this is only the beginning of greatness. But for you my friend, it is the end.”

Breland has now hit back once again in a new statement and said: “I never thought anything this insane could take place. 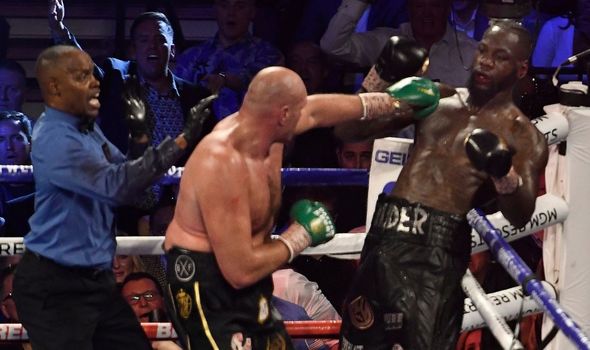 “I should not have addressed who had the water because that accusation is so asinine it doesn’t deserve a reply.

“Anyone who knows a tiny bit about boxing knows that we’re tested before and after a fight, so that’s the end of that ludicrous allegation…

“Lastly, at that fight just as many others we had no outman because Deontay won’t need it, so I’m not a doctor but I know blood coming out your ears and dazed eyes could be a brain issue.

“And power comes from your legs and his legs were gone. So I made a decision to stop the fight and I’d do it all over again.”