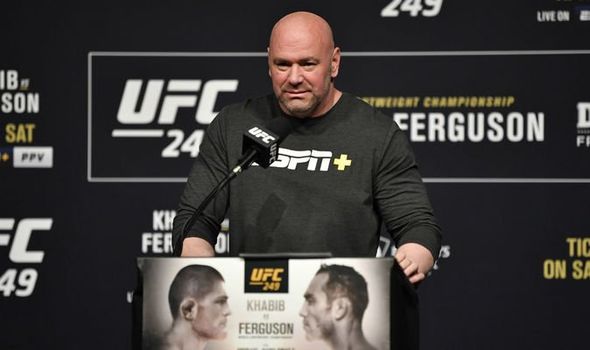 UFC president Dana White has opened up on the cancellation of UFC 249. Late on Wednesday night, the promotion announced that they’d pulled the plug on their fourth pay-per-view card of the year, which they’d fought tooth and nail to keep alive during the coronavirus outbreak.

Prior to the COVID-19 outbreak, the card was scheduled to take place at the Barclays Center in Brooklyn a week on Saturday.

The promotion worked frantically to find a new home for the event, which they eventually agreed to host at the Tachi Palace Casino and Resort in California.

But after pressure from broadcast partners ESPN and Disney, who received a phone call from Governor Gavin Newsom, the promotion axed the card.

“This whole thing has been a battle since day one,” White told ESPN. “We’ve been fighting non stop all day and all night since this pandemic started to put in this event on April 18. 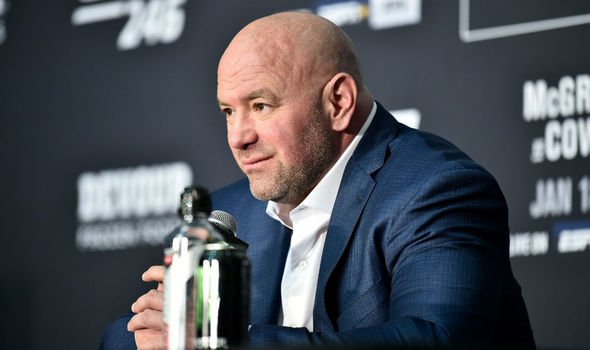 Dana White on the cancellation of UFC 249

“The powers that be there asked me to stand down and not do this event next Saturday.”

He added: “And one thing that I’ve said since we started our relationship and partnership with ESPN and it’s been an incredible one. ESPN has been very very good to us.”

As well as UFC 249, the remainder of the UFC’s scheduled shows have been postponed indefinitely.

White addressed that matter in an Instagram Q&A, saying: “We have a great relationship – them asking me to stand down, there’s no way I wouldn’t not do that.

“The fights are not cancelled, they are just postponed and pushed back.”

UFC 249 was originally meant to be headlined by a lightweight title fight between champion Khabib Nurmagomedov and Tony Ferguson.

The pair’s long-awaited meeting, however, fell through last week when Russia introduced a blanket travel ban that left Nurmagomedov stuck locked down in Dagestan. 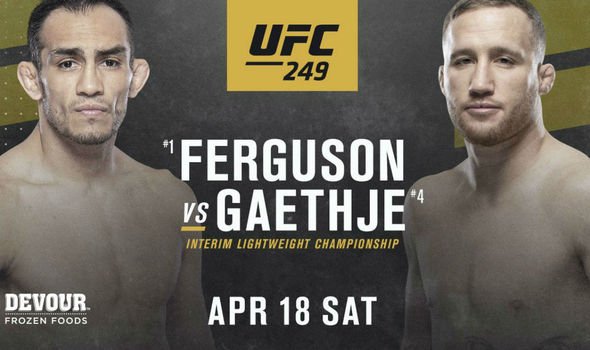 Former World Series of Fighting lightweight champion Justin Gaethje was drafted in to replace Nurmagomedov, with the prize for the winner of his now-cancelled clash with Ferguson being the interim 155lb title.

White has yet to discuss what the cancellation of UFC 249 means for the progression of the lightweight division, which Nurmagomedov has presided over for two years.

It’s likely the promotion will re-book the Russian’s long-awaited clash with Ferguson, which has been nearly five years in the making.

And they could very well return to their original plan of having Gaethje fight Conor McGregor at UFC 252 in July.