It’s the fifth time that a fight between Nurmagomedov and Ferguson has fallen through, though UFC president Dana White was desperate to go through with it.

White originally wanted to hold the bout behind closed doors at an undisclosed location.

But with Nurmagomedov stuck in Russia, those plans have finally been scuppered. 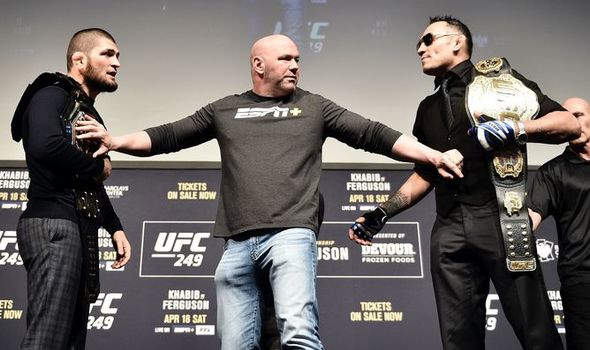 Ferguson may now face another opponent, or wait until he can fight Nurmagomedov at a later a date, which would be the sixth time they’ve been scheduled to fight each other.

Khabib posted on social media that he wouldn’t be forced into fighting, and that it was essential to be in quarantine at this time.

“Staying home in quarantine and reading the reaction of people to the situation around my fight,” he wrote on Instagram.

“It turns out that the whole world should be in quarantine, governments of all countries.

“Famous people around the world urge people to follow all safety requirements in order to limit the spread of the disease, to save people.

“And Khabib is the only one relieved of all obligations and must demonstrate free will and train flying around the world, for the sake of fight?

“I understand everything and I’m definitely upset more than you to cancel the fight, probably like all others. 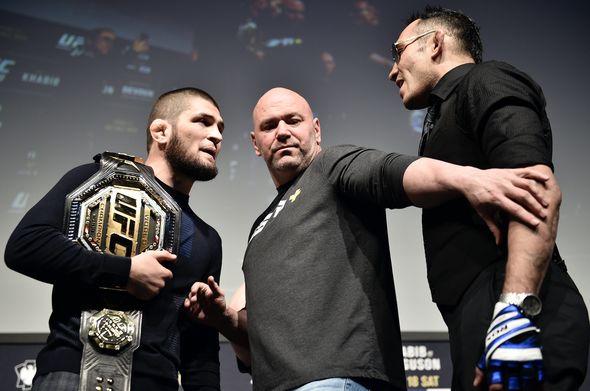 “I had many plans after the fight, but I can’t control it all.

“The greatest countries and the largest companies of our time are shocked by what is happening.

“Every day the situation changes unpredictably.

“But Khabib still has to fight, is that what you saying?

“Take care of yourself and put yourself in my shoes.”

It’s been reported that Justin Gaethje has been offered the fight as a replacement but the event may be cancelled or postponed to a further date altogether.