Boxers in the UK will have to wear protective masks during their ring-walks upon the sport’s return in July, it’s been claimed. The coronavirus pandemic forced promoters Eddie Hearn and Frank Warren to begin postponing or cancelling their shows in March.

Anthony Joshua’s June 20 bout with Kubrat Pulev has been moved back, while other big clashes Derek Chisora vs Oleksandr Usyk and Dillian Whyte vs Alexander Povtkin were also halted.

Warren’s big British showdown between Joe Joyce and Daniel Dubois was moved from April 11 to July 11.

Boxing is now readying for a return in July, but without the presence of fans.

JUST IN: Anthony Joshua vs Tyson Fury mega-fight CAN happen next 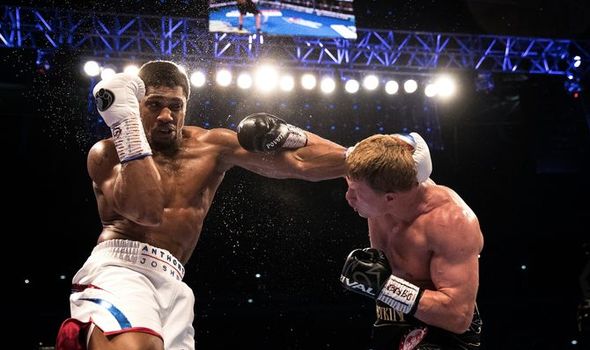 According to the BBC, the British Boxing Board of Control say that initial shows will not contain more than five fights on a card, with no championship bouts.

The proposal also sets out that fighters, as well as cornermen and officials, will be transported to venues in protective masks.

Fighters will be allowed to take their masks off once in the ring while referees and trainers have to keep them on.

The report also states that there will be no ring announcers or ring girls, and that venues shall be ‘cleaned to a medical standard’.

It will also be essential that every person who attends the event is tested for coronavirus.

In regards to people of high risk, pregnant women, anyone ‘seriously overweight’, or diabetes sufferers should not be in attendance.

And only ‘essential’ promoters and broadcasters will be allowed to attend shows. 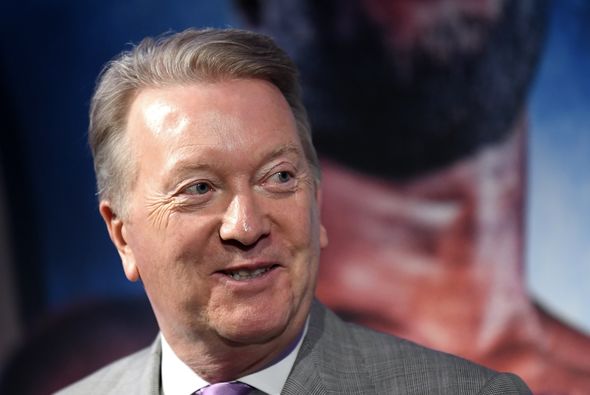 The BBBofC are also weary of the potential strain they’d be putting on the NHS by returning in July.

It was confirmed on Wednesday that the UK now had the highest death toll in Europe because of the virus.

“Huge (but mostly sensible) barriers to overcome to make it happen but when the time comes we will be ready.”

July 4 is the scheduled date for Whyte vs Povetkin, but could yet be moved back to allow every opportunity for it to take place in front of fans.

But Whyte has already said he has bio problems fighting with no fans in attendance.

“Fighting is my job,” said Whyte to BBC Sport.

“I will do it behind closed doors, in a car park – I love fighting. At a time like this, people need things to draw strength from.

“They need something to look forward to. If I could be one of the first guys to give back, people will get together to watch – so I’d be super privileged to do that.”