Conor McGregor has vowed to ‘smash’ former opponent Nate Diaz amid his return to the UFC whilst taking a break from the sport to star in an upcoming film. The legendary mixed martial artist has not fought since suffering a broken leg against Dustin Poirier which saw him unable to train for the better part of a year, whilst preparing to make his Hollywood debut as he’ll feature alongside Jake Gyllenhaal in a remake of ‘Road House’.

Earlier this week, McGregor would share a video of himself in training, which had been from his last win the UFC when he defeated Donald Cerrone, with the caption: “How I feel acting”.

McGregor then took aim at former rival Diaz, who is also said to be making the move to the big screen after his contract with the UFC expired following his win over Tony Ferguson.

The Irishman tweeted Diaz with a chilling warning, posting: “Stay out of my acting game I’ll smash your face in.” Diaz quickly replied with: “Why are you acting like you can still fight. Actor.” 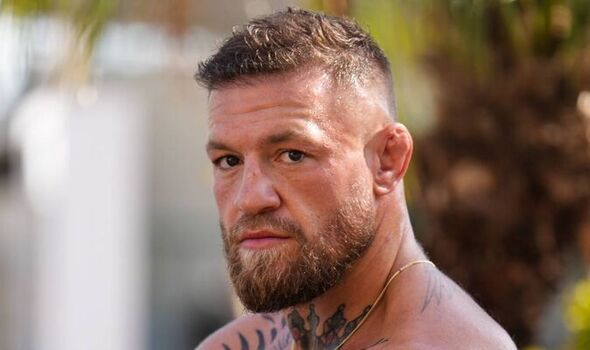 McGregor has expressed his desire to return to the UFC once he finishes his film requirements, but a fight with Diaz looks highly unlikely after his contract expired, with the 37-year-old looking to fight elsewhere before potentially returning in a few years.

Diaz has hinted at a boxing career, but also admitted his interest in a third bout with McGregor, after the American first defeated him in 2015.

Speaking after his win at UFC 279 over Ferguson, he said: “I would love to fight him (McGregor) for the third time. I’ve wanted to the whole time. They put Conor on a big pedestal and he made a lot of s*** happen for a lot of different people in the fight game.

“Also the UFC as a team did. They made all that happen. There’s no doubt in my mind that me and him are going to finish that off and that’s for sure one of my biggest goals.”