Paulie Malignaggi has reignited his war of words with Conor McGregor by calling him a bum and saying he ‘can’t fight for s**t’. McGregor and Malignaggi sparred each other in the lead-up to the Irishman’s boxing clash with Floyd Mayweather in 2017.

Malignaggi was called into McGregor’s training camp to help him prepare for Mayweather, months after the former world champion said he could beat McGregor with one hand tied behind his back.

And when the two sparred each other, they reportedly went hell-for-leather at each other.

McGregor ended up releasing small clips which showed Malignaggi being knocked to the canvas. 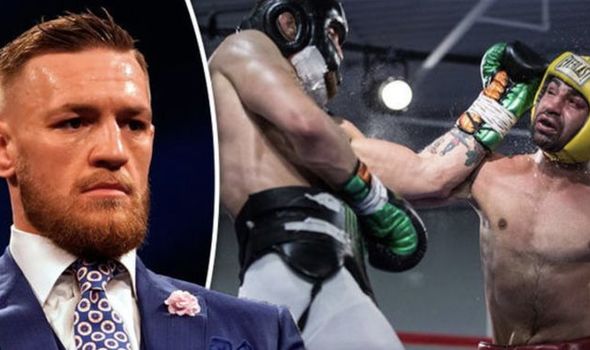 But Malignaggi swears to this day that the full footage would show he got the better of their spars.

A fight between the two has been talked about but Malignaggi has said he doesn’t want to fight past the age of 40, which he turns later this year.

“I get a kick out of irking him, the guy’s a bum,” he said on a Q&A on Instagram with boxing manager Sam Jones.

“The guy can’t fight for s**t. They had to find him a half-dead guy in MMA to win a fight.

“This guys gets his a** kicked by everybody, I’m not even trying to abuse him.

“This guy gets his a** kicked every time he fights, abuses the s**t out of him.

“Donald Cerrone gave some good battles in his day but he had one foot out the door already. 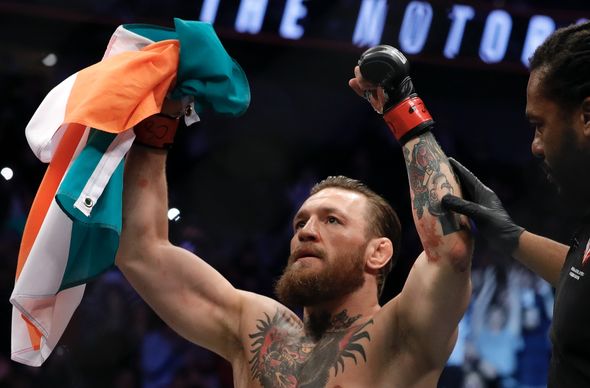 “People say to me ‘you’re embarrassed he knocked you down’ but he didn’t knock s**`t down. He didn’t embarrass me.

“I beat the s**t of of your man, he’s a bum! This is classic combat sports promoting.

“They put him in with a half-dead guy to put him in the conversation with Khabib [Nurmagomedov]. He’s got a fan-base of r*****s.

“Khabib son’d you, you couldn’t edit that video, you got son’d. And he talks about Khabib like he didn’t get son’d in front of the whole world.”