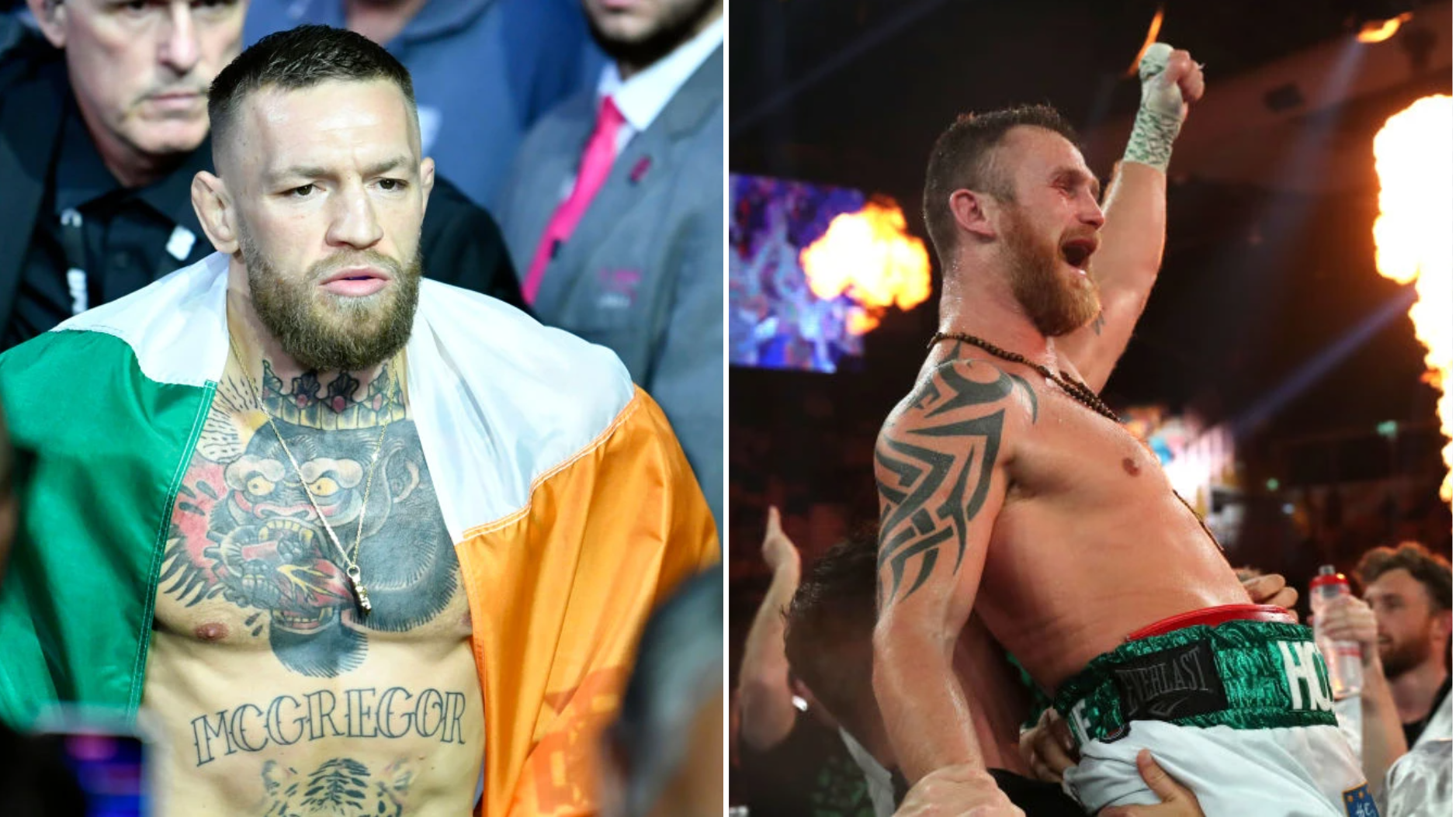 UFC star Conor McGregor has been offered a route back into boxing to challenge for Dennis Hogan’s IBO light-middleweight championship.

McGregor is plotting a return to the octagon in 2023 having been sidelined in July 2021 with a broken leg. The Dubliner however has also remained open to a return to the boxing ring following on from his lucrative bout with Floyd Mayweather Jr five years ago.

The double UFC champion has previously vowed to win a world title in the squared circle before he retires and has been handed an opportunity to achieve that dream by his countryman Hogan.

Kildare fighter Hogan clinched his first world title in his 36th professional fight with a hard-fought win over Sam Eggington in Australia earlier this month.

A title defence against Spike O’Sullivan is also on the agenda, with Hogan’s management team led by Steve Scanlan opening talks over what they view as a ‘much easier’ fight to make.

But there is optimistic hope over making the fight against ‘Notorious’ happen.

‘We have been in touch with both Spike and Conor’s team,” Scanlan told Irish-boxing.com. ‘Spike’s team will move heaven and earth to make this fight, so that is a much easier fight to make happen but we are just working through everything.

‘If we don’t fight Conor, which obviously is a long shot, but crazier things have happened, then we will 100% be fighting Spike in Ireland.’

Stepping away from combat sports while he completes his recovery, McGregor is currently filming alongside Hollywood star Jake Gyllenhaal in a remake of the 1989 film Road House.

In a series of tweets last week, the 34-year-old insisted he will have a couple of fights under his belt before the movie is released, which is expected to be the second half of 2023.

‘Fighting is easier than making movies. Shots they don’t even see,’ McGregor wrote. ‘It’s well documented that it takes multiple days with multiple replays post fight for the industry to even grasp all of the shots they’ve just seen with my fights. Truth.

‘There is no one in Hollywood with the skills or the capability to do what I am doing in this movie ‘the roadhouse’ Box office records. Awards.

‘I’m feeling crazy confident. Calm. Disattached from emotion. Aware of what I must do and making it happen. Visualizing. I see it all. Clear.

‘This movie wraps, I’m back. I’ll have multiple fights completed by the time this movie even releases.’