‘Maybe there is more…’: Conor McGregor drops massive hint he could make sensational return to the octagon as he reminisces on his epic rematch with Nate Diaz four years ago

Conor McGregor has dropped a massive hint that he is considering making another sensational return to UFC following his third retirement from the sport earlier this year.

The Irishman posted a photo of himself on Instagram, which was taken moments before he fought Nate Diaz in his epic rematch at UFC 202 four years ago.

McGregor went on to beat his fierce rival in the main event after winning a majority decision after five thrilling rounds.

Now, two months after he retired from fighting for a third time, the two-time champion has left fans wondering if he could be making yet another comeback to the octagon.

Having posted the picture to his Instagram page, McGregor said: ‘4 years ago today! Backstage waiting to go out for one of the biggest bouts of my fighting life! McGregor/Diaz II Wow! Maybe there is more…’

However, after failing to line up his next big opponent, McGregor walked away from mixed martial arts on June 6, claiming that the sport ‘didn’t excite’ him anymore. 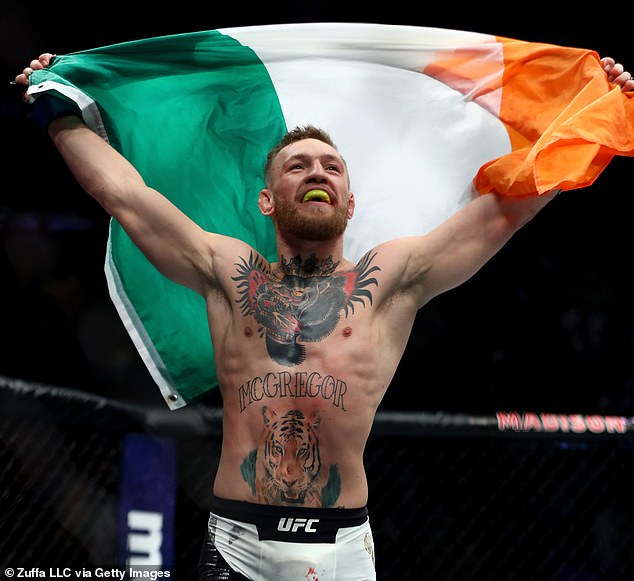 McGregor also tried his hand at boxing and was rumoured to step back in the ring but decided to hang up the gloves instead.

‘Hey guys I’ve decided to retire from fighting,’ he said on his Twitter page in June.

‘Thank you all for the amazing memories! What a ride it’s been!’

He has announced his retirement two times before this year, in 2016 and 2019, before twice returning to the octagon – and now fans are wondering if it could a hat-trick of returns for the welterweight.