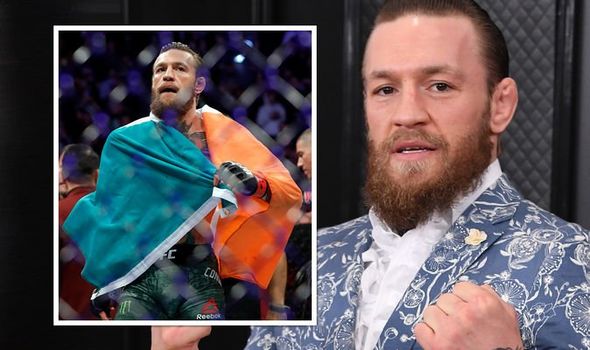 Conor McGregor has been arrested on the French island of Corsica for ‘attempted sexual assault and sexual exhibition’ after a complaint was tabled against the UFC star.

The former featherweight and lightweight champion, who has a history of getting into trouble with the authorities, is in police custody.

A statement from the Bastia prosecutor’s office to AFP news agency read: “Following a complaint filed on September 10 in which events that could be classified as attempted sexual assault and sexual exhibition were denounced, Mr. Conor Anthony McGregor was the subject of a hearing by the gendarmerie services, in custody police.”

McGregor has not fought in the UFC since his victory over Donald Cerrone in January.

The 32-year-old claims he has retired from mixed martial arts but there are rumours he could make a comeback for a potential blockbuster rematch against Khabib Nurmagomedov.

Related posts:
MLB News:
Where each of the 32 NFL teams stands on allowing fans into stadiums
Yankees make MLB history as they keep hitting home runs vs. Blue Jays
Twins’ Josh Donaldson ejected as he crosses plate on home run
Steelers’ Pouncey swaps decal over ‘limited info’
Basketball News:
Boston star Marcus Smart overheard in stinging teammate tirade after Miami loss
Opinion: Are NBA playoff games better in a bubble? No home-court advantage, unpredictable basketball
NBA trade rumors: Bucks ‘highly unlikely’ to pursue Thunder’s Chris Paul this offseason
Recent Posts
This website uses cookies to improve your user experience and to provide you with advertisements that are relevant to your interests. By continuing to browse the site you are agreeing to our use of cookies.Ok