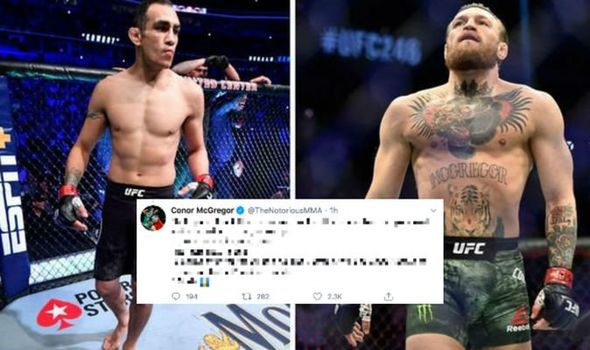 Conor McGregor is engaged in a bitter war of words with  Tony Ferguson following his criticism of the former interim lightweight champion’s performance against Justin Gaethje last weekend. Ferguson locked horns with Gaethje last Sunday morning in the main event of UFC 249 in Jacksonville, Florida.

Gaethje dominated Ferguson from the outset, out-striking the 36-year-old and never allowing him to settle into a rhythm.

“I love Tony,” McGregor tweeted on Monday. “We represented him amazingly at Paradigm sports and were betrayed for a promise of a baseball contract. 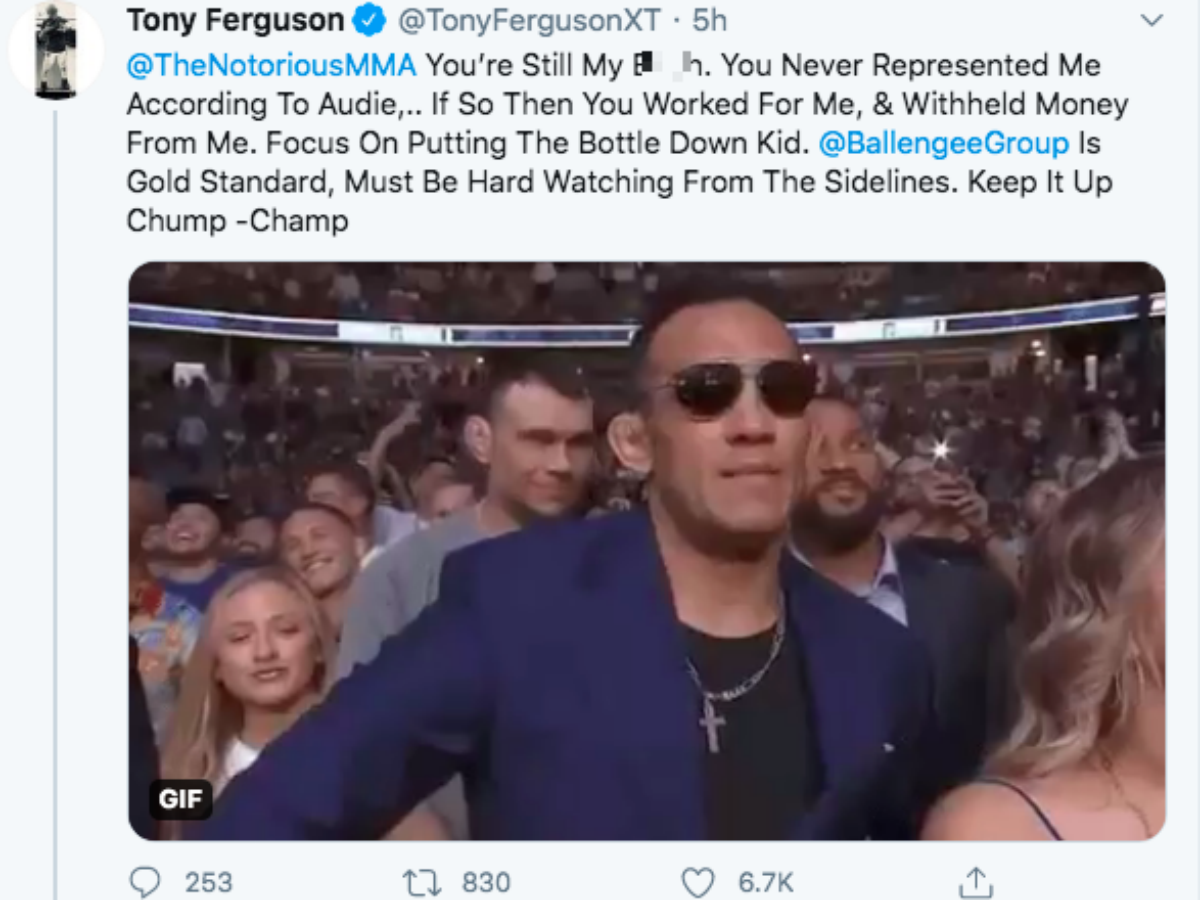 “But frame and preparation here was just embarrassing.

“His methods and conversation are humorous/enjoyable but he was never the level perceived. Although tough.”

Ferguson took umbrage at McGregor’s analysis of his setback and his assertion he left Paradigm because he was promised a baseball contract.

He tweeted: “@TheNotoriousMMA You’re still my b***h. You never represented me according to Audie.

“If so, then you worked for me, & withheld money from me. Focus on putting the bottle down kid.

“@BallengeeGroup is gold standard, must be hard watching from the sidelines. Keep it Up Chump-Champ.”

Never one to let anyone get the better of him, McGregor was quick to reply to Ferguson’s retort.

“Shut up and thank the nurses and doctors that plated back up your skull and stitched all those gashes up,” he tweeted. “It’s International nurses day! 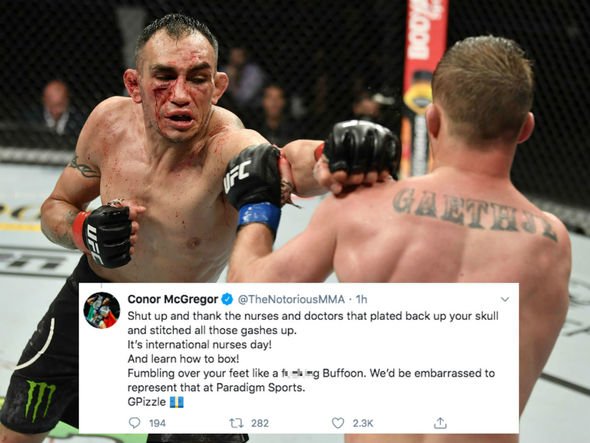 “And learn how to box! Fumbling over your feet like a f*****g Buffoon.

“We’d be embarrassed to represent that at Paradigm Sports.”

McGregor’s latest dig at Ferguson came 24 hours after he appeared to hint he’ll return to the Octagon in the summer.

The former two-division UFC champion tweeted: “See you in July.”