Nigel Benn believes his son Conor is “going to be much better than me” and has welcomed a fight with David Avanesyan, who ended Josh Kelly’s unbeaten run.

Benn is in action against his most experienced opponent so far, Samuel Vargas, tonight live on Sky Sports.

Father Nigel told Fox Australia about Vargas’ chances against his son: “A couple of rounds, four rounds. If Conor puts the pressure on like he did to [his previous opponent] Sebastian Formella, it will catch up [with Vargas].

⏪A look back to when @NigelGBenn and @ConorNigel had a body spar that was more competitive than expected😤 #BennVargas pic.twitter.com/rveGzwU7uv 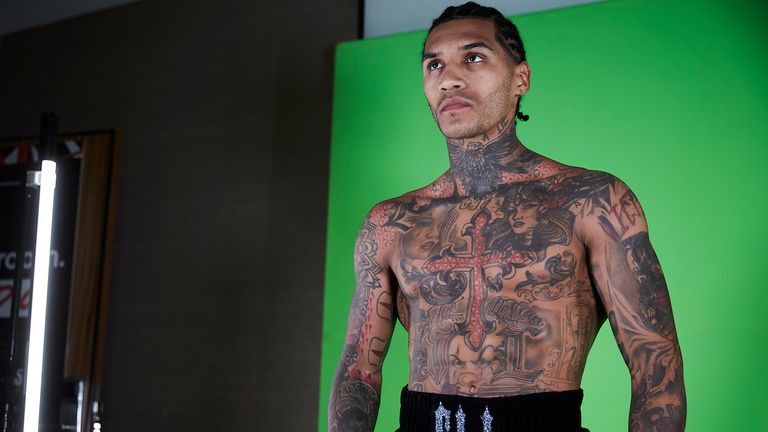 “Absolutely I believe he can stop him. He has the tools, the heart and the power.

“I said before to him: ‘If you can’t beat Formella, why are you in the game?’

“I said: ‘You should be walking through him’.

“This is what I feel Conor can do.

“Conor has the power and the speed. He’s learning, he only had 20 amateur fights and now he’s working his way through the ranks. Every fight is a learning fight.”

Nigel Benn became a two-weight world champion in his 90s heyday as a legend of British boxing who had a classic rivalry with Chris Eubank.

But he said about his son Conor: “He’s going to be much better than me, I can say that. I couldn’t box. Have a fight? I’d have it! Box? Forget it, I’d just have a war.

“Sometimes I knocked people out then said: ‘Was it the left or the right?’ I didn’t know! I just had the power.

“I couldn’t box like Conor. He has good movement and a lovely style.”

Benn is ranked at No 11 by the WBA and holds their continental title – victory over Vargas this evening would be a career-best, just months after his most polished display outpointed Formella.

His father is already looking ahead to more battle-hardened opponents such as former world champion Shawn Porter, who went the distance with Errol Spence Jr in 2019, and David Avanesyan who stopped Josh Kelly last year.

“Next fight, I’d like someone like Shawn Porter. I’m very impressed with my son,” said Nigel Benn.

“Porter beat Formella but Conor beat him and did the 10 rounds easily. Fight Porter and work your way through the ranks.

“There are good fights out there for Conor, like Josh Kelly.

“Avanesyan was a tough, tough fighter who made Kelly look like nothing – we knew that was going to happen.

“Avanesyan? In about two fights. He has a great defence, he can take a shot, he’s tough. It’s the type of fight that you want.

“If my son rings me and needs help? I’m there. But otherwise? We are really close but I give him breathing space. If he needs me, I’m there for him.

“It’s inevitable that he will lose one day. But it’s about how he responds.”

Former world champion Khan was left on the canvas before eventually outpointing Vargas in 2018.

“He can get in there and have a little tear up,” Khan told Sky Sports. “He can throw a good shot as well. He’s got decent power.

“I think it’s a massive step up for Conor Benn. I think Conor will have his hands full in that fight.

“You have to stay focused throughout the whole fight, because this is boxing, one punch can change a fight.”