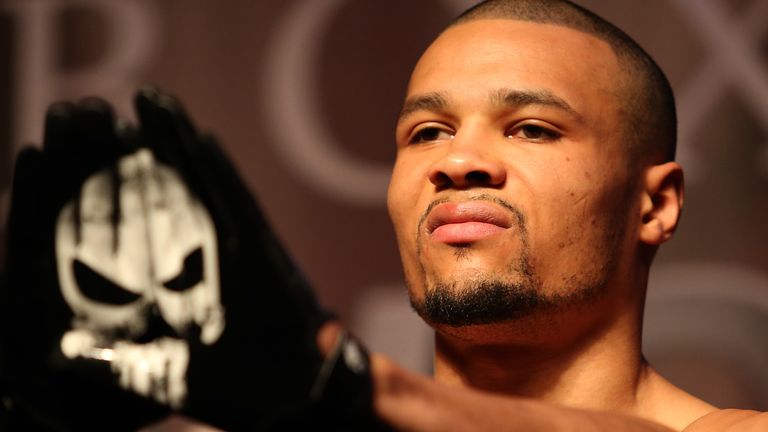 Chris Eubank Jr has warned that his “speed and volume punching” would overwhelm Gennadiy Golovkin, the champion he is targeting.

Eubank Jr missed out on challenging for Golovkin’s world middleweight championship in 2016 but wants to resurrect that rivalry and inflict a damaging defeat on him.

“He is the No 1 name on my list right now,” Eubank Jr exclusively revealed to Sky Sports. 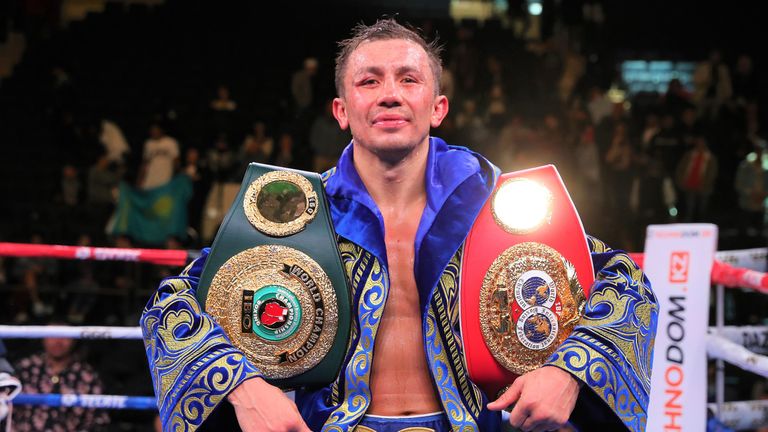 “We were supposed to fight and it has always irked me that the fight was stolen from me and given to Kell Brook at the last minute.

“In the back of my mind it has always been there. I’ve always wanted to fight him.”

Kazakhstan knockout artist Golovkin was one of the world’s most fearsome punchers during his pomp – his win over Brook was his 18th consecutive stoppage victory in a world title fight.

Golovkin has since had two classic battles with his great rival Saul ‘Canelo’ Alvarez, drawing the first and losing the rematch, both in controversial decisions. Aged 37, he regained the IBF title in his most recent fight against Sergiy Derevyanchenko.

“People put this guy’s name so high,” Eubank Jr said. “But I know I can beat him. I know that I have the tools and the style to take this guy out.

“My speed, my tenacity? I don’t think he would be able to deal with it.

“This is the main fight.

“Canelo? Everybody would love to fight him but he’s not going anywhere. He will be in the game a lot longer. Golovkin will have a couple more big fights then bow out.

“I’ve been trying to get this fight for years. This is the fight that I want.” 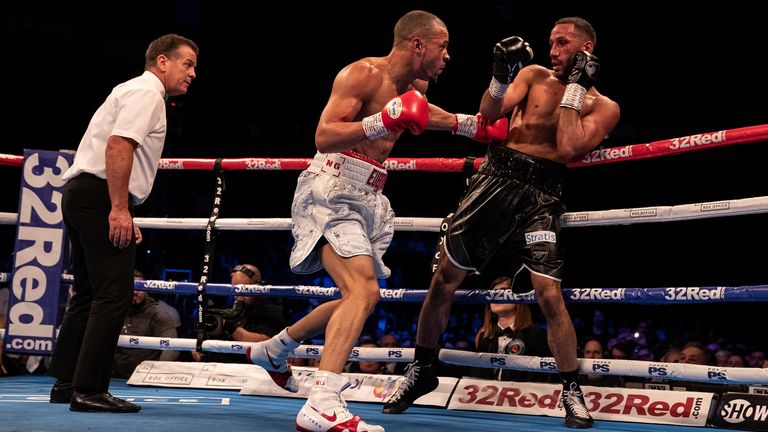 Golovkin has never been on the floor but Eubank Jr believes he could change that: “That’s the plan. I don’t like to give predictions but I am the type of fighter who tries to stop his man every time, and that’s why I’m such a fan favourite. People know I do the business.

“With my fight style – speed and volume punching – it would be an amazing fight. Golovkin is a come-forward fighter. It would be fireworks, a fight that the fans would enjoy.

“Because of my style, I would stop him due to the pure amount of punches. Whether it’s a cut or he gets tired, stopping him would definitely be on the cards.”

Eubank Jr’s previous fight was a victorious US debut, albeit bizarrely as Matt Korobov injured himself early. He insists that beating Golovkin would be the major statement he is seeking.

“That’s what we are looking to do, especially now that we are boxing in America in front of audiences that maybe haven’t watched me as much, is to make big big statements,” he said. “To do that you have to fight the big names.”

“They are waiting around for scraps,” Eubank Jr said of his British rivals.

“I would never put my career on hold for anybody.

“There are too many belts, too many other great fights, that can be made.

⏪REWIND: Thompson vs Eubank I

A look back to the 1st meeting between Carl Thompson & @ChrisEubank
in 1998 which had the Manchester fans on their feet 🧐🐱👏 pic.twitter.com/a1VYy5W0E2

Saunders had his licence suspended by the British Boxing Board of Control for a video that he posted on social media.