Anthony Joshua may have a new challenger on the horizon as Canelo Alvarez stablemate Frank Sanchez has set his sights on the WBO heavyweight world title. Joshua may have to vacate the belt at some point, however.

Joshua won back back the WBA, WBO and IBF belts he lost to Andy Ruiz Jr with a points victory over the Mexican in December.

Sanchez, who is 15-0, trains with Eddy Reynoso, who is also the trainer of pound-for-pound star Alvarez.

In March, Sanchez burst his way into the WBO top 10 rankings with a win over Joey Dawejko, who is rumoured to have dropped Joshua in sparring last summer. 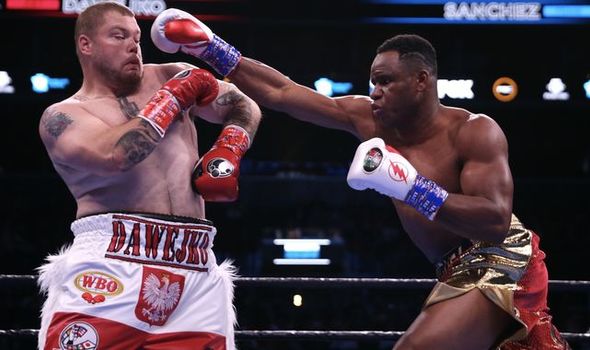 Joshua is scheduled to fight Kubrat Pulev next while his WBO mandatory Oleksandry Usyk is also waiting for his shot.

Sanchez’s Mike Borao, has pondered whether Joshua will even be able to hold onto his title for much longer.

Sanchez could either face Joshua at some point, or Usyk, if the Ukrainian picks the belt up by default.

Tony Bellew explains why Fury is a better heavyweight than Joshua

“Just a guess, but I think Usyk ends up winning a vacated WBO heavyweight title within the next 12 months,” Borao told Sky Sports.

“Frank is in good position to fight for the WBO championship, in the event that occurs.

“I believe Frank Sanchez versus WBO No 6 Junior Fa or No 7 Michael Hunter would make sense.

“Once the boxing world gets back on track, we will try and face one of those younger, top 10 type guys in order to solidify a world title opportunity.” 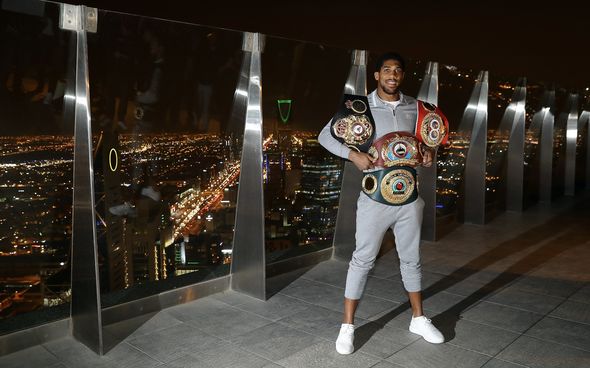 Joshua’s promoter Eddie Hearn says that AJ’s clash with Pulev, which was scheduled for June 20, could take place on July 25.

“The next two weeks will tell us everything we need to know,” Hearn said.

“We hope July 25 is the rescheduled date, but the bigger question is that Joshua has to fight by the middle of August to box twice this year, which is the plan.”

“If it goes beyond that, the conversation may go straight to the fight with Tyson Fury in October or November.

“There’s a contract to fight Pulev and Fury has to fight Deontay Wilder, but anything is possible in this crazy world.

“It might get to the stage where if AJ has not boxed Pulev for months, he starts thinking he’s getting older.

“He doesn’t want the big fights to slide and this might be his only chance to become undisputed heavyweight champion. For AJ, it’s all about the legacy.”