Monday marks seven years since Conor McGregor burst onto the UFC scene and BT Sport are set to commemorate the anniversary by showing all 12 of his fights back-to-back in a blockbuster marathon. McGregor has solidified his status as one of the all-time great UFC fighters having headlined five of the six highest-selling pay-per-view events in the sport.

Back in 2015 at UFC 194, McGregor made history by becoming the first fighter in the sport’s history to hold titles in two weight divisions simultaneously.

Such has been his appeal worldwide, McGregor took the decision to move into boxing for a mega match against the undefeated Floyd Mayweather Jr in 2017.

He may have lost the fight, but the pair broke all kinds of records with the live gate for the event being announced as $55,414,865.79. 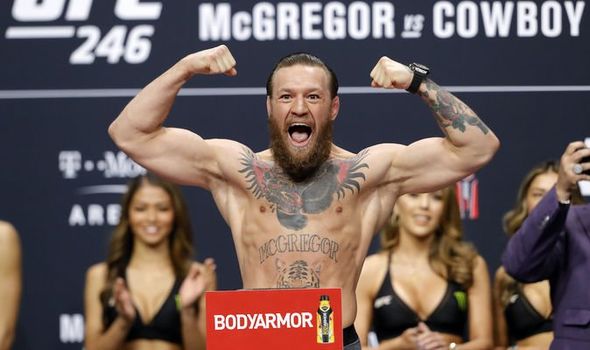 But it’s in the octagon where McGregor has made his mark and he has since returned to the sport after defeating Donald Cerrone via technical knockout in just 40 seconds.

The win also meant he became the first UFC fighter to hold knockout finishes in the featherweight lightweight, and welterweight divisions.

All eyes are on when his next fight will be, although when that will be is unclear given the current coronavirus pandemic.

UFC 249 is scheduled to go ahead as planned despite fears over spreading COVID-19, although the main headline bout between Tony Ferguson and Khabib Nurmagomedov has been cancelled.

It was set to be held in Brooklyn, New York on April 18 but Dana White has since revealed the location will need to be changed with no alternative announced as of yet.

McGregor though has put his name out there, insisting he would be ready to jump on the card.

“I am in shape to fight right now! At the beginning of all this, I said to myself – I’m happy I don’t have an official fight booked,” he tweeted. 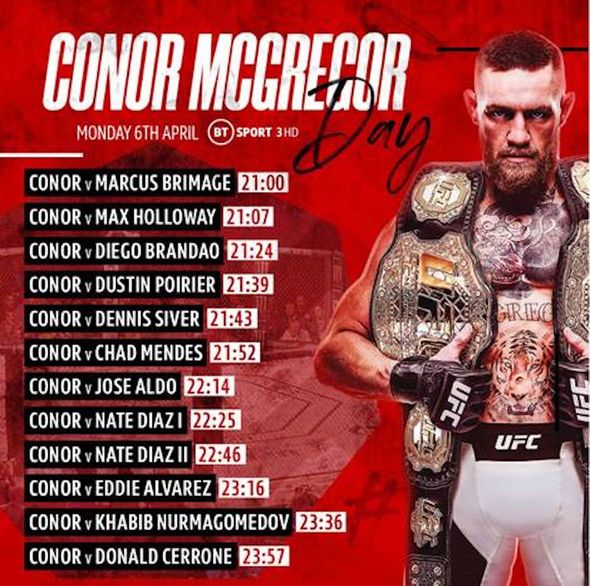 “If I did, I would have consumed all the incorrect data to support me taking part in the bout, and I would have followed through, competed. And won.

“The fact of this matter is, both Tony and Khabib where [sic] engaged in a game of chicken here towards the fight bell.

“With Khabib chickening out first. Making it 3-2 in pullouts in Tony’s favour.

“Khab scurried out of the US to return home, and amid the crisis. Very high risk. Congrats Tony.”

BT Sport will mark the anniversary of Conor McGregor’s UFC debut on Monday 6th April. On 6th April 2013 McGregor entered UFC’s Octagon for the first time to take on Marcus Brimage, and ever since then, has been a history-maker for MMA.

From 9pm on Monday 6th April you can watch all of his fights back-to-back on BT Sport 3 and relive some of his biggest and best moments.