Boxing news: Dillian Whyte avenged his defeat against Alexander Povetkin last night and has since received a message from Deontay Wilder. Ricky Hatton’s son Campbell also got his professional debut off to a winning start. Meanwhile, Tyson Fury’s dad has raised a big issue over talks with Anthony Joshua.

Dillian Whyte avenged his loss to Alexander Povetkin during their rematch last night as the Body Snatcher secured a fourth-round TKO.

Whyte gave his title hopes a huge boost with the victory over the 41-year-old Russian.

Deontay Wilder, who held the WBC strap before losing to Tyson Fury last year, has always refused to fight Whyte.

But Eddie Hearn claims the American has now slid into the Brit’s messages to try and arrange a bout.

“Wilder actually DM’ed Dillian on Instagram. He said he would never, ever give him that fight,” the Matchroom Boxing chief said. 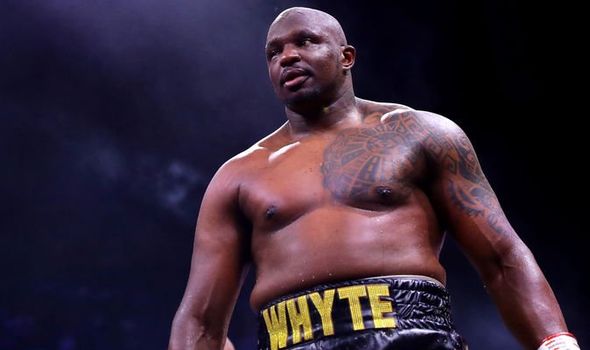 “But then he got knocked out and now he’s calling for the fight!”

After the win, Whyte said: “I can beat anyone, I carry so much power. From the first round, I was into him [Povetkin].

“I was tempted to go hell for leather from the first round. Then I thought that might not be the smartest thing because he is a tough guy.

“I was annoyed with myself for losing the first time. I made a silly mistake, I’ve learnt from it and it paid off. I’m ready to run it back again. I shouldn’t have lost the first time.

“From the first round, I was on to him. I still believe I can be a world champion and I can beat anyone.”

Hatton Snr was ringside in Gibraltar and had to wipe away the tears as his son walked to the ring with ‘Blue Moon’ blaring in the back, just like he did during his 15-year career.

“I knew these [face] masks would come in handy because no-one could see me crying when the [crowd] were singing ‘Blue Moon’ and ‘There’s Only One Campbell’ Hatton,” he said.

Campbell Hatton said: “I don’t think I boxed my best, I can do better. “As much as I tried not to, the nerves got to me a bit. I can only do better next time.” 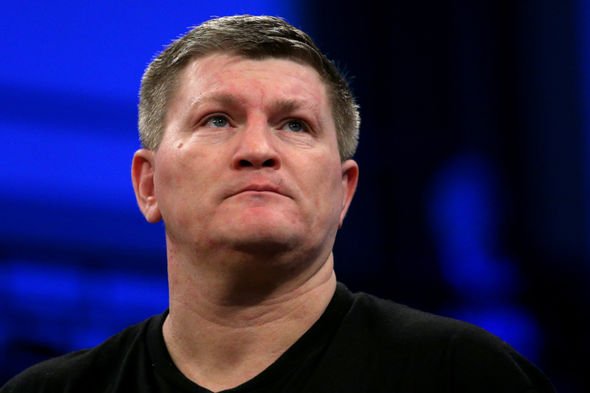 Tyson Fury’s dad John says nothing is signed between his son and Anthony Joshua, despite reports of a two-fight agreement being struck.

“We need to get him (Tyson) out, whether these cowboys get the job sorted, which I don’t think they’re going to do,” the WBC champion’s father told BT Sport.

“What have they signed? They’ve signed nothing in my eyes. They’ve got no date, no venue, no nothing.

“It’s all about someone coming forward and saying, ‘Right, I’ll pay for the fight, I’ll stage the fight’. Where are these people?

“That’s the position it’s in and I don’t think they can get it together. It’s too big for what’s happening and the climate the world is in at the moment.”