Tyson Fury would have the easiest night of his career against Anthony Joshua if the pair met in a world heavyweight title unification, according to the WBC champion’s cousin Tommy Fury. Tyson and Joshua are hoping to put their belts on the line for an undisputed fight next year.

The ‘Gypsy King’ is set to take to the ring for the first time since he defeated Deontay Wilder for the WBC strap earlier in the year.

He was set to rematch the Bronze Bomber in his next fight in what would have been a trilogy bout between the two, but those plans were scuppered when Wilder failed to exercise the rematch clause in his most recent fight contract.

As a result, he is allowed a voluntary defence, and chose Kabayel to be his next victim for his first fight in England since he beat Sefer Seferi in the summer of 2018.

JUST IN: Man Utd told they have their own ‘Xavi or Iniesta’ who could save them millions 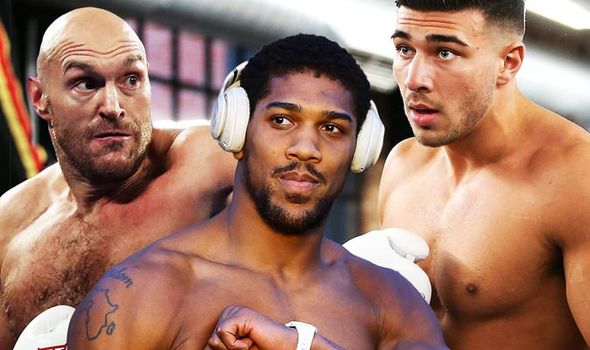 Should he come through Kabayel with his belts and unbeaten record intact, he will likely push for a unification bout against Joshua next year.

Joshua is set to defend his WBA, WBO and IBF world title belts against Kubrat Pulev in London on December 12th, in what will be his first defence of the belts he won back from Andy Ruiz Jr in Saudi Arabia a year prior.

A fight between the heavy-hitting Joshua and the slick switch-hitting Fury will likely wait until crowds are allowed back in stadiums in the UK due to the financial revenue available.

The undisputed fight will be one of the biggest fights in recent history, and will likely fill any stadium in the UK.

Boxing fans generally agree that Fury will have the better chance of winning if the fight goes the distance, but Joshua’s punch power makes him dangerous at any moment.

But Fury’s cousin, Tommy, believes he will make light work of ‘AJ’ and has every chance of winning the fight by stoppage.

Speaking to Press Box PR, the Love Island winner – who will make his return to professional boxing this year – warned that Joshua’s fatigue will be his downfall if he comes up against the WBC king.

Fury said: “I’m not being biased but the Joshua fight will be the easiest fight of Tyson’s career.

“Tyson’s an all round better round fight than Joshua. Joshua’s a great champion and achieved a lot in his career but Tyson’s just on that next level. 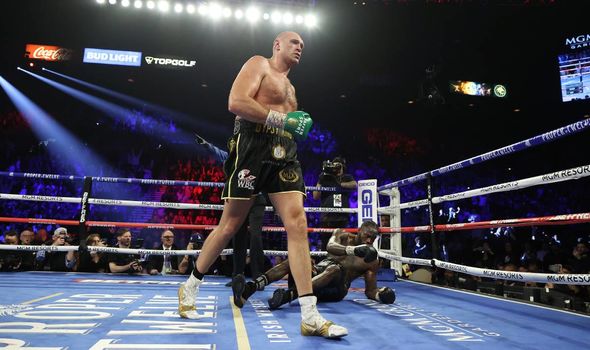 “There’s not anything that Joshua does that poses a threat. He comes forward and he throws a one-two, a hook and the occasional uppercut – that’s it. If Tyson chose to box, Joshua wouldn’t get near him.

“If Tyson wants to fight AJ like he did Wilder then he ain’t going to win that battle because Tyson is six-feet-nine inches, nearly 20 stone and has got big, big fire power now – if a massive puncher like Wilder couldn’t do anything with that, what’s Joshua going to do?

“Joshua is a big man but he’s musclebound and in the late rounds that will have an effect. As we’ve seen in a lot of Joshua’s fights, when he’s been in a proper fight, he has gassed out.

“Round six, seven and eight he has become sloppy and that’s when I think Tyson will get him out of there.” 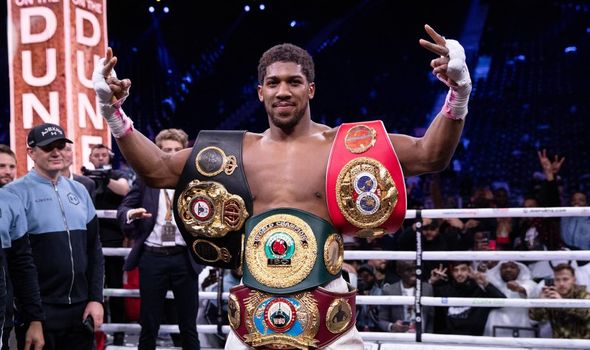 Tommy, who fights on November 13th, has started training with Sugarhill Steward – who took over as Tyson’s head coach prior to the Wilder bout.

And the 21-year-old lifted the lid on the differences between the two training camps, and expressed he was happy to be working with Steward, the nephew of legendary coach Emanuel Steward.

“The difference between working with my dad and Sugar is – my dad’s a very old-school trainer and old school sort of guy. Sugar has got a very unique way of training. The first time he trained me it really opened my eyes because you feel like you’ve never had a fight or boxed in your life, because he completely strips you down as a fighter and it’s crazy the things that he teaches but they’re so effective and work so well.

“The few weeks I’ve spent with him have been priceless as an up and coming boxer, something money can’t buy. Every single fight that I’ve got coming up I’d love to work with him definitely because he’s a really unique guy, different from any other trainer that I’ve ever had before and It’s all light hearted stuff.

“It’s not screaming, it’s not shouting, it’s lighthearted stuff. It’s teaching. Sugar’s really a teacher instead of a trainer and it sinks in differently.”