Billy Joe Saunders and Canelo Alvarez may take centre stage in Texas on Saturday night, but the blockbuster bout between Anthony Joshua and Tyson Fury will be officially announced immediately after the super-middleweight clash. That’s according to Britain’s former European bantamweight champion Spencer Oliver, who believes it would be the perfect place to make an announcement.

It’s been nearly two months since contracts were signed on a reported two-fight deal between Fury and Joshua.

Negotiations had been taking place between Eddie Hearn and Frank Warren for several months before a deal was signed.

Hearn has since been very outspoken in recent weeks, talking up an imminent announcement.

Originally, Hearn had spoken of his hope to see the fight take place in July with Saudi Arabia tipped as the most likely destination for the first fight.

JUST IN: Joshua vs Fury: Hearn denies Arum claim that fight is ‘dead’ 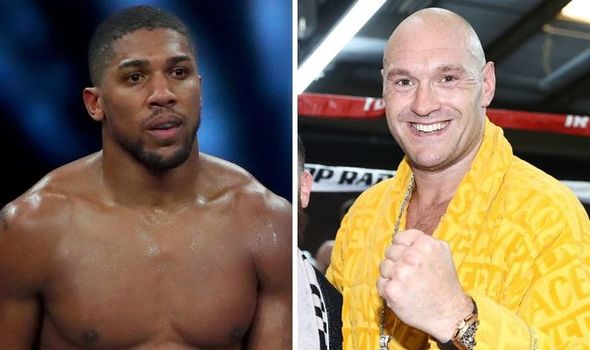 But Fury’s co-US promoter Bob Arum said this week that the deal for a fight with Joshua in the summer is “dead in the water”.

The back-and-forth mixed messages from the opposing promoters have led to some confusion on when, or if, the fight will go ahead.

Hearn is in Texas for Saunders’ unification bout against Mexican Canelo with Fury also in attendance.

Fury and Hearn even had a sit-down interview where the former described exactly how he plans to knock Joshua out.

The two will both be ringside this evening and Oliver fully expects Hearn to officially announce a date for Fury’s fight with Joshua immediately afterwards.

“I think we’re going to get an announcement after the fight tonight… AJ vs Tyson Fury,” Oliver told talkSPORT.

“I think Eddie is going to announce it tonight, and I’ve got a feeling it’s going to be mid-August… August 14 is the date I’ve been hearing.

“So I think we’ll get that announcement tonight. Jeddah in Saudi Arabia, the contract has been signed, the only thing we don’t know is the date. 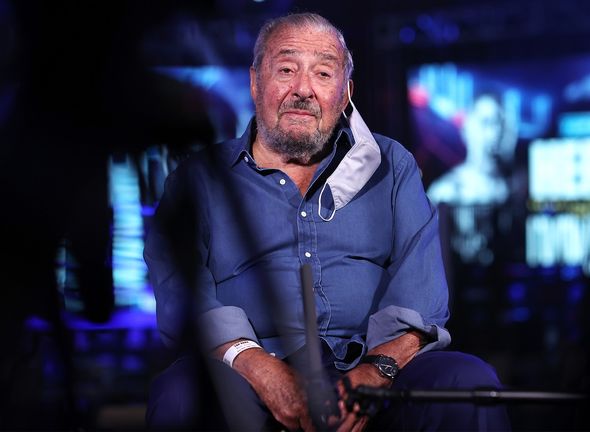 “Because time’s really ticking on now and Eddie was very vocal about it in the week, that by Saturday I have to make an announcement.

“It would be the right platform to announce that sort of fight.”

The proposed Saudi site are reportedly willing to pay the $150 million fee to stage the blockbuster event.

Fury hasn’t fought since defeated Deontay Wilder in February 2020 while Joshua has won two straight bouts since suffering a shock defeat to Andy Ruiz in June 2019.