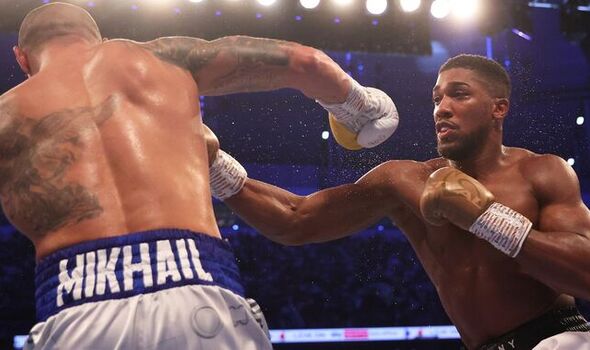 Probellum chief Sam Jones has advised Anthony Joshua to implement a similar game plan to that of Marcos Maidana in his first contest against Floyd Mayweather when the Brit boxes Oleksandr Usyk again next week. At the time, Maidana was training with ‘AJ’s’ new coach Robert Garcia and put on an excellent display of roughhouse tactics.

Although Maidana didn’t win the May 2014 showdown he served as one of the toughest tests of Mayweather’s career with one judge scoring it a draw in a majority decision win for ‘TBE’. Jones believes that Joshua can take a lot from that fight and needs to ‘elbow, headlock, and push the head down of Usyk’ when they square off for a second time on August 20.

Speaking to Seconds Out, he said: “I’m not a boxing trainer, I don’t profess to be one and it’s just my opinion but if I was in AJ’s corner in that fight, I would say don’t even worry about throwing a few punches in the first round just lean all over him.

“Just lean all over him and deplete him of all his energy, elbow him, headlock him, push his head down, be rough. Robert Garcia in the Floyd Mayweather fight [Maidana vs Mayweather] – he didn’t win because Mayweather’s a genius, but he got the tactics right, rough him up. 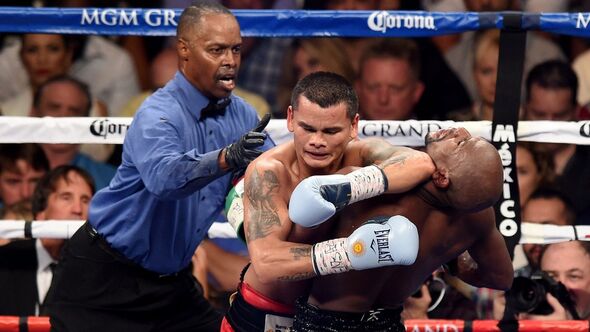 “He has to rough Usyk up in this fight, but he can’t just aimlessly walk forward like people want him to do ‘oh, have a streetfight’ no because he’ll get chinned. He needs to be sensible and apply sensible pressure, but he needs to get rough and ready with him in there and zap the naturally smaller man of his energy.”

In Joshua’s first encounter with Usyk back in September of last year, he was comfortably outpointed by the Ukrainian on home soil at the Tottenham Hotspur Stadium in London. During the fight, Joshua was hesitant to throw and was heavily criticised for being ‘too timid’ on the night. 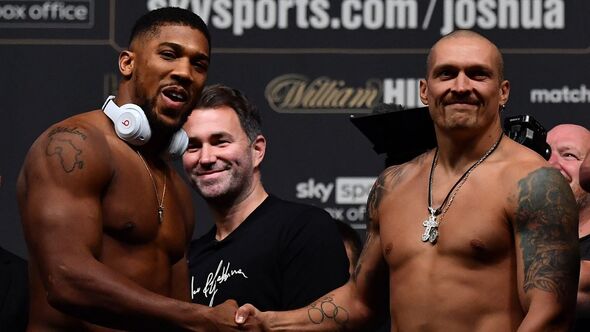 After sustaining the second loss of his professional career, the Watford powerhouse axed long-time trainer Rob McCracken and recruited Garcia as his new head trainer. Under Garcia, Joshua is expected to adopt a more aggressive approach and use his size and strength advantage to good use.

However, coming into the contest it appears that Usyk may be weighing in at a similar weight to Joshua. The former undisputed cruiserweight world champion has been piling on the muscle in preparation for the rematch and according to Amir Khan ‘The Cat’ has gained 15kg since the last fight, placing him at around 250lb.