Anthony Joshua continues his search for a new trainer in America with the ex-heavyweight champion seen at the gyms of Ronnie Shields, Virgil Hunter and Eddie Reynoso amid doubts over the future of Rob McCracken

Anthony Joshua is scouring America for a new trainer who might help him retrieve the world heavyweight titles he lost in a wretched performance against Oleksandr Usyk last month.

Already he has been seen at work in the gyms of three elite trainers in the US – Ronnie Shields, Virgil Hunter and Eddie Reynoso.

The future of Rob McCracken – who guided Joshua to his Olympic gold medal as well as the WBA, IBF, WBO and IBO belts and remains head coach of the highly successful GB boxing team – is unclear. 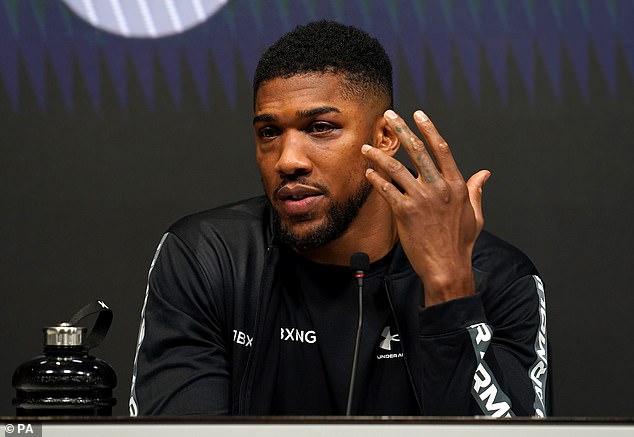 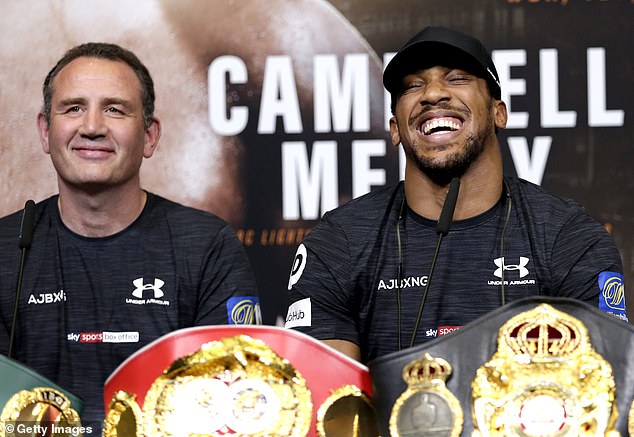 But a storm of criticism has been brewing about the inert role of Joshua’s corner-men as his world fell apart in the Tottenham Hotspur Stadium.

That pressure on McCracken has been intensified by a scathing critique from Frank Warren, promoter of his unbeaten and seemingly now invincible WBC world champion Tyson Fury.

Warren, having seen the Gypsy King transform himself from a master of the noble art of self defence into the blood-and-thunder slayer of the Deontay Wilder monster puncher, says: ‘AJ’s corner was terrible. He was losing rounds but they were telling him to keep doing what he was doing instead of urging him to go for the knock-out he desperately needed. But then I was never a big fan of McCracken.’

That misreading of the disaster unfolding showed in Joshua’s disbelieving, mouth-agape face as Usyk’s hand was raised in inevitable, overwhelming, unanimous victory.

AJ has less than six months in which to effect a sea-change from passive to aggressive for the return fight in late March or early April.

The way Fury reinvented himself by turning to SugarHill Steward – nephew of late and legendary trainer Emanuel Steward – to bring in their Kronk Gym knock ’em out mentality. 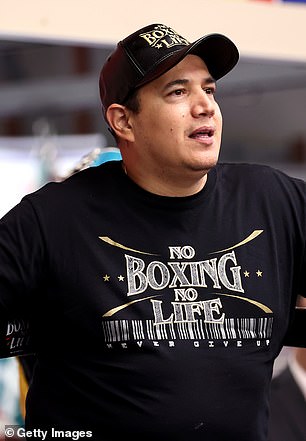 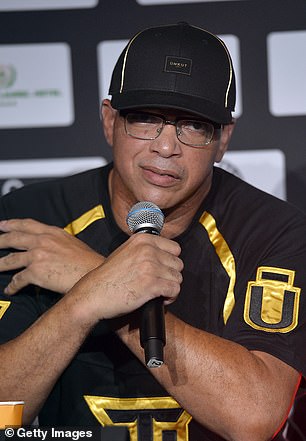 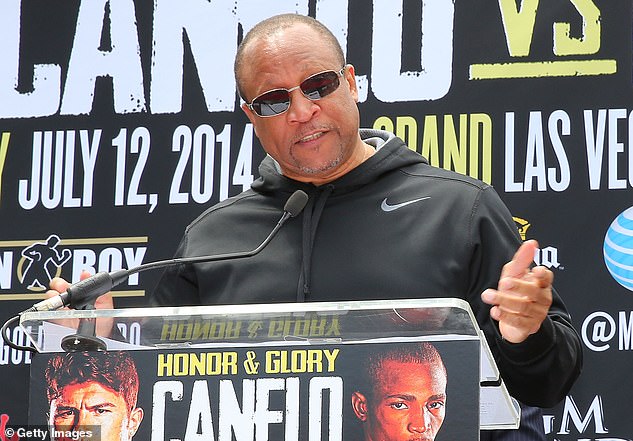 Of the initial possibilities for the task the much respected Shields is oft-described as a former trainer of Mike Tyson but is first to admit: ‘I don’t count Tyson on my resume because the only fight I trained him for was against Lennox Lewis when he was no longer the same Iron Mike and we all know how that went.’

Virgil Hunter came to fame with Olympic gold medallist and long-reigning world champion Andre Ward, attracted British interest when working with Amir Khan at his San Francisco Bay gym and is now tending to Joshua Buatsi, who is managed by AJ. 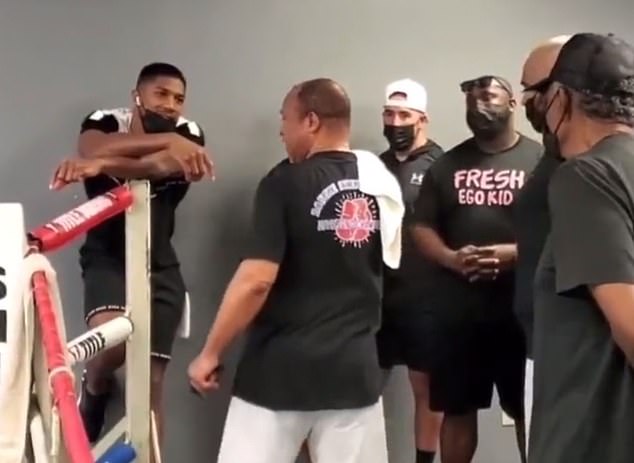 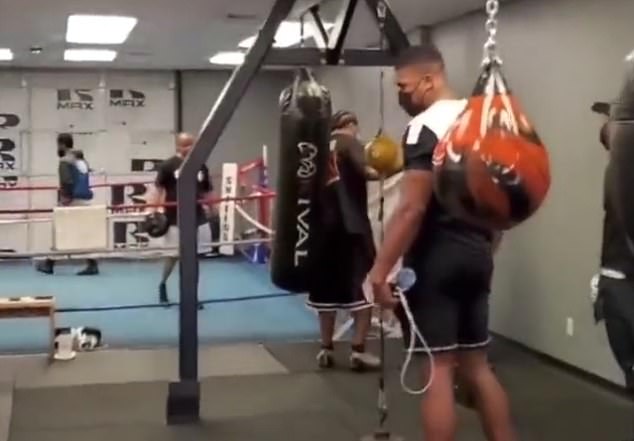 The most intriguing meetings have been in San Diego with Eddie Reynoso, trainer of Mexico’s world No 1 pound-for-pound champion Canelo Alvarez. Reynoso is overseeing also the rebuilding of Andy Ruiz Jr, who inflicted Joshua’s first defeat but turned up for the rematch looking like Billy Bunter after months of partying, tequila-swigging and taco-devouring.

Joshua’s promoter Eddie Hearn says: ‘AJ will do whatever it takes to find out why he fought the way he did against Usyk and try to put it right.’

Whoever Joshua persuades to take him on will have his work cut out. The surrender by KO to Ruiz appears to have knocked the stuffing as well as the belts out of him. Maybe another rematch in the making, there?

Warren would advise Joshua to take on anyone other than Usyk next. He says: ‘I would not let him fight the Ukrainian again.

‘If he’s getting a new trainer they need to bed down for a few months and then fight someone he can bash up to start rebuilding belief, before coming back to a big fight with a champion. 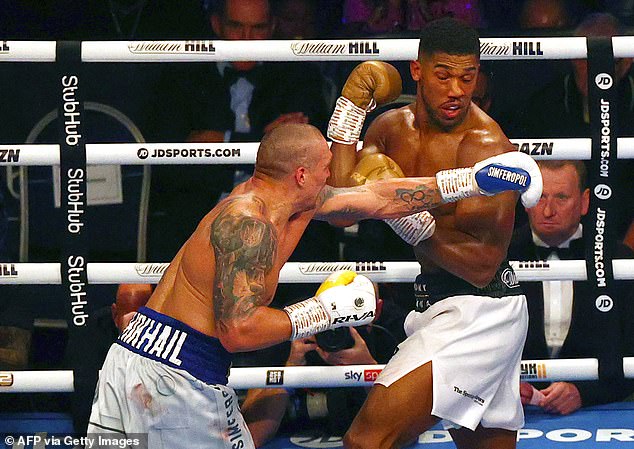 ‘But truth is he will never be the fighter he was again, if ever he was that fighter they all thought he was, because he is too suspect on the whiskers.’

Warren draws a stark contrast between amateur and professional boxing when he says of McCracken: ‘As national coach you get the cream of crop delivered to you on a plate. You don’t develop them from scratch. That has already been done by the youth clubs.

‘McCracken once had a few pros with Mike Hennessy promotions and most of them wound up damaged because he does not teach defence. Carl Froch was his one success from that group but only because he has a great chin.’

Whether Joshua replaces McCracken or keeps him in the camp, he has to do something drastic before getting into a ring with Usyk a second time.