Andy Ruiz Jr has teamed up with Canelo Alvarez’s coach and 2019 trainer of the year Eddy Reynoso, five months after his disappointing loss to Anthony Joshua in Saudi Arabia.

Ruiz Jr split with former trainer Manny Robles weeks after the loss, after their camp for the second Joshua fight went horribly.

The Mexican lacked motivation for the clash, following his shocking win over AJ last summer, and ultimately lost the bout via unanimous decision.

Ruiz Jr was overweight for the fight, 15lbs heavier than he was for the first match-ups with Joshua.

JUST IN: Anthony Joshua vs Tyson Fury mega-fight CAN happen next 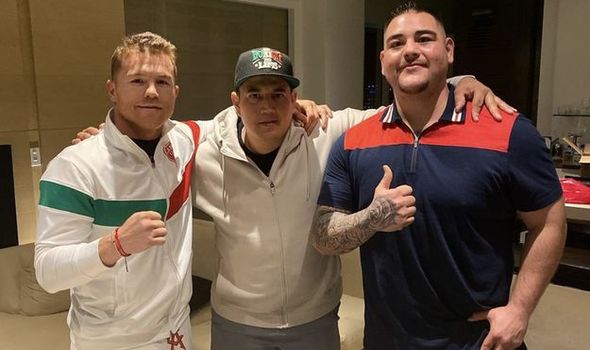 But now the first Mexican heavyweight champion has teamed up with Reynoso, who has an impressive stable of fighters including Alvarez, Ryan Garcia, Julio Cesar Martinez, Luis Nery and Frank Sanchez.

Reynoso uploaded a picture of himself with Ruiz Jr and Alvarez to Instagram with the caption: “Welcome to the team Andy!'”

“My job is not to call him every day. He’s a man, not a kid, and must be treated as such,” Robles said earlier this year.

“You can’t convince someone to want something.

“The fame and money has been overwhelming for Andy.

“He’s got to know how to handle it. Maybe after this defeat, the game has humbled him. 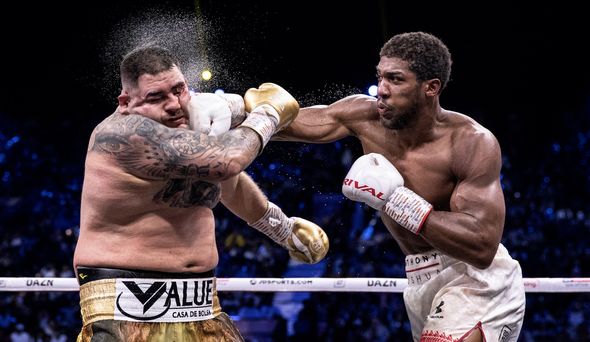 “Stay humble or be humbled.

“The first three months after beating Joshua on June 1, I had very little communication with him.

“I was in the gym but he was at home, doing his own thing. I wasn’t able to see him or really talk to him.

“I was disappointed by everything leading up to the result [of the rematch]. The preparation.

“Fights are won in the gym and, when you don’t go into a fight at 100 per cent this is what you get.”

Ruiz Jr won the WBA, WBO and IBF world title from Joshua last year by knocking him out in the seventh round at Madison Square Garden in New York.