Alexander Povetkin believes he can knock out Dillian Whyte with a different punch to their first fight.

Povetkin told Sky Sports about his tactics to beat Whyte again: “The left hook I was prepared for, and the right hand. But the uppercut works. You never know which will work in the next fight.

“I will try to fix my mistakes from the previous fight and try not to repeat them.

“He can do whatever he wants. I’m ready for anything. I’ve been through this many times. I will be ready.

“I haven’t watched [the first fight] too many times but I pay attention to the mistakes that I made. I didn’t watch it to celebrate my win. It was for homework.”

Povetkin, a former WBA champion, confirmed he would battle on if he beats Whyte again and would target Anthony Joshua or Tyson Fury who are expected to contest the undisputed heavyweight title later this year. 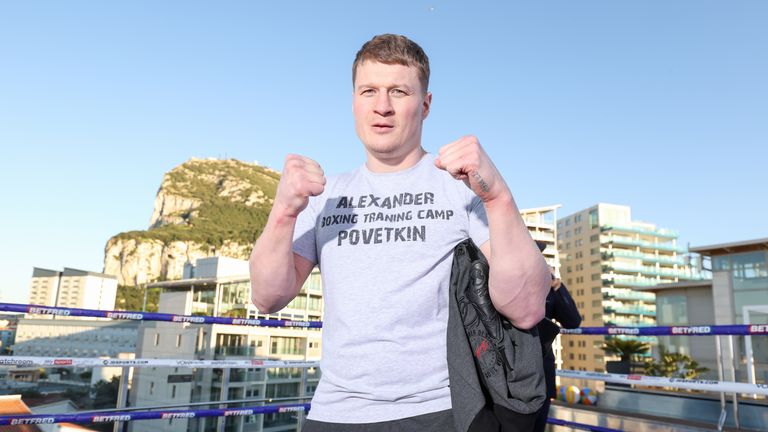 “It would be very interesting to fight Joshua again,” Povetkin said about the IBF, WBA and WBO champion who beat him in 2018.

“Or Tyson Fury because they are both great athletes. But it depends on the promoters. It depends on different options. Oleksandr Usyk is also waiting.”

Whyte floored Povetkin twice before suffering a knockout blow and has been encouraged by David Haye not to throw away another commanding lead.

“Boxing fans will never forget that, because it was a peach of a punch.

“He won’t be getting hit with that same shot again. His coaches, his team will review what happened and everything was going great until that one shot.

“The heavyweight division, if you’ve got an opportunity to get a man out of there, don’t roll the dice, don’t risk anything, just close the show as quickly as possible.

“He really has to win this fight. He was completely and utterly dominating the first fight. It was looking easy. It looked like he took his foot off the gas and he could have got him out of there earlier, if he wanted to, but he was just going through the motions.

“I’m thinking that Whyte is going to go out there and do what he should have done the first time around. Strictly business, no messing around, no going for a walk.

“He’s going to go out there and dominate. Same way he attacked someone like Joseph Parker, where he went out there, showed him no respect and really put the heat on him. That’s what I believe is the easiest way for Whyte to get a solid victory against Povetkin.

“He needs it. A points decision victory isn’t really good enough. He’s got to go out there and completely, utterly dominate. He put him down a couple of times in their first fight. He’s got to put him out this time.”

Watch Povetkin vs Whyte 2 on Saturday, live on Sky Sports Box Office, from 6pm. Book it via your Sky remote or book it online here. Even if you aren’t a Sky TV subscriber you can book and watch it here.