Ronnie O’Sullivan believes Judd Trump can win five World Snooker Championship titles – but warned the 31-year-old of the challenge posed by two rivals. World number one Trump is the favourite to win this year’s event as he prepares to face Shaun Murphy in the quarter-finals at the Crucible in Sheffield.

Stephen Hendry still tops the all-time standings with World Championship triumphs – ahead of O’Sullivan, Steve Davis and Ray Reardon who all have six.

And O’Sullivan challenged Trump to get close to the greats with a quintet of Crucible crowns.

However, ‘The Rocket’ warned that Neil Robertson and Mark Selby could get in his way. 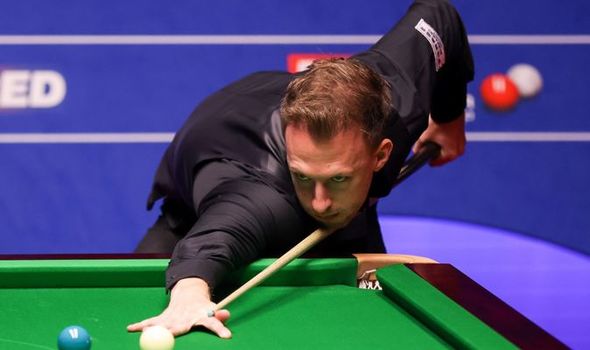 “I would say five, I’ll try and give you a number,” O’Sullivan told Eurosport when asked how many world titles Trump could win.

“It’s only because I think that the time Judd’s come in, there isn’t really anyone to rival him apart from Robertson, maybe Selby.

“And he’s still got like seven years on them, so there are a lot of factors that make him a good chance to win a few of these World Championships.

”Meanwhile, Trump believes Hendry’s all-time record can be overhauled – as he predicted the only benchmark that will never be beaten is O’Sullivan’s quickest ever 147.

O’Sullivan holds the record for the most ranking titles (37) and century breaks (1,107) in snooker.

And his quickfire maximum against Mick Price in the 1997 World Championship still stands as the fastest ever after he cleared the table in just five minutes and eight seconds.

Asked if any player will be Hendry’s World Championship record, Trump said: “It’s so hard to say, there’s always somebody that comes along out of nowhere in every single sport and surprises you.

“There’ll be someone at some point and I think there’s only one record in snooker that will never ever be beaten and that’s Ronnie’s maximum time. 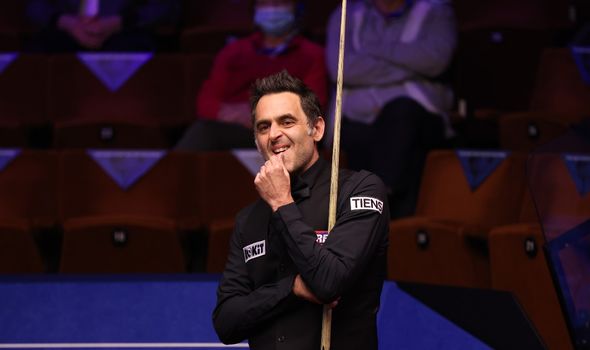 “I don’t think that will ever be beaten. Partly because of how quick he was but partly because the refs move a lot slower nowadays, I think.

“They don’t have the speed of, I think it was John Williams then – now they take their time picking the balls out so I don’t think it’s even possible.

“But every other record will be broken, I think. It may not be in my lifetime, but I think there’s always someone that comes along.

“I can’t wait to see that person – hopefully he’s around when I’m playing and can improve me and take me to another level.”