Who are the most intriguing free agents available in the 2020-21 NBA offseason?

The 2020 offseason is full of unknowns. A few days after the Los Angeles Lakers won their 17th championship, we don’t know when next season will begin, how many games it will include and whether fans will be able to watch in person.

We also don’t know what the salary cap will be or when teams will be allowed to start negotiating with free agents in preparation for what could be a wide-open title chase in 2021.

This year’s class of available players is not as deep or talented as that of last year, which included Kevin Durant, Kawhi Leonard, Jimmy Butler, Kyrie Irving, Klay Thompson and Kemba Walker. Five of those six guys changed teams!

This year’s class does include Anthony Davis, who can opt out of the final season of his current contract. Of course, having forced his way to Los Angeles and won a championship with LeBron James, Davis isn’t going anywhere. So he’s not included in the list below, for which there needs to be a certain degree of intrigue regarding the player’s (and/or their team’s) decision this summer. VanVleet is ready to cash in after betting on himself multiple times. After hitting some big shots in the Raptors’ run to a championship in 2019, VanVleet saw continued improvement as a starter alongside Kyle Lowry. He averaged 17.6 points and 6.6 assists per game, while leading the league in deflections (4.2 per game) for the No 2-ranked defense.

There are teams – Detroit and New York, in particular – with cap space and a need at point guard. So the Raptors will likely need to cut significantly into their 2021 cap space to keep VanVleet in Toronto. And the 26-year-old is just one of three unrestricted free agents in the Raptors’ core seven.

Number to know: VanVleet passed on 56.7 per cent of his drives, the highest rate among 113 players who averaged at least five drives in 30 games or more. 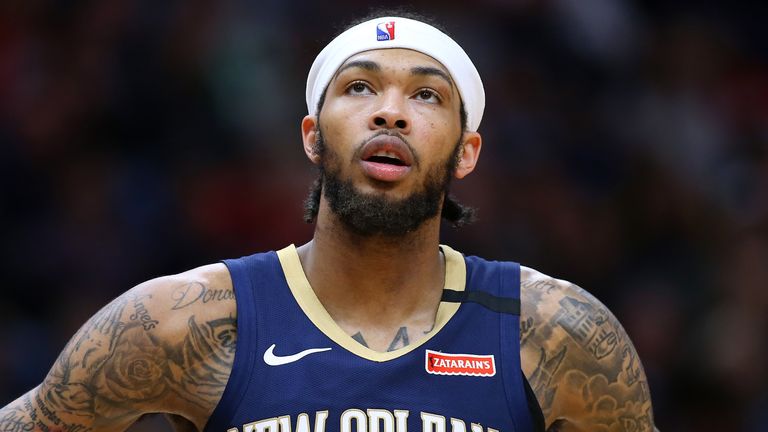 There are far fewer questions about Ingram now than there were a year ago. With a move to New Orleans and a much-improved jump shot, he won the Most Improved Player award. And with Ingram having just turned 23 years old, it seems like a no-brainer that the Pelicans will bring him back, especially because they can match any offer the restricted free agent might get elsewhere.

But it will be interesting to see what the final price tag is. And it is fair to wonder how well he fits alongside Zion Williamson long-term, in that Ingram will relegate Williamson to the role of bystander on a certain number of possessions when they are on the floor together. It’s on the Pelicans’ next coach to make it work on both ends of the floor (there were no innocent parties when it came to how poorly New Orleans defended in key games down the stretch this season).

Number to know: Ingram took 35 per cent of his shots from three-point range, up from 12.9 per cent in 2018-19. That was the fifth-biggest jump among 218 players with at least 250 field goal attempts in each of the last two seasons. His three-point percentage jumped from 33.0 per cent to 39.1 per cent and the 150 three-pointers he made were more than he made in his first three seasons combined. 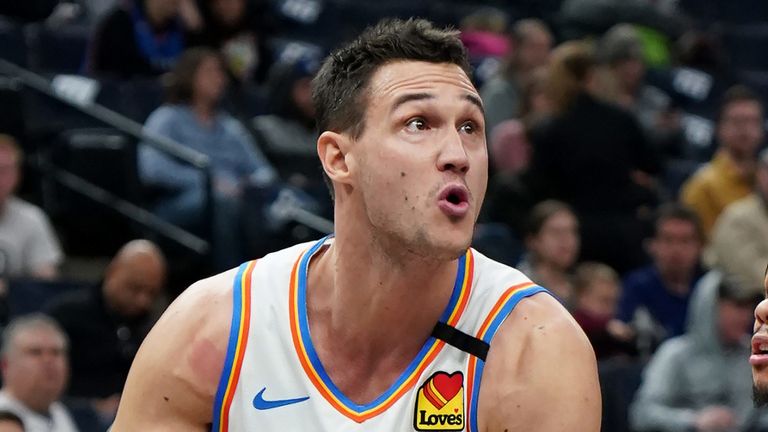 The departure of coach Billy Donovan was an indication that the Thunder are going to take a step backward this offseason. Trading Chris Paul (who has two years and $86m left on his deal) would obviously be the bigger step, but letting Gallinari walk will be the simpler one.

Maximising your offensive potential means having a four (forward) who can shoot, and Gallinari is that guy. He is 32, but he is one of four players (Joe Harris and Davis Bertans are two of the other three) who have shot 40 per cent or better on at least 300 three-point attempts in each of the last two seasons.

Number to know: In the regular season, the Thunder scored 16.6 more points per 100 possessions with Gallinari on the floor (116.9) than they did with him off the floor (100.3). That was the biggest on-off offensive rating differential among 236 players who played at least 1,000 minutes for a single team. If the Clippers had reached the NBA Finals with Harrell playing like a Sixth Man of the Year, this would seemingly be academic. But the Clippers blew a 3-1 lead in the conference semi-finals and Harrell had a rough postseason.

Over their 13 playoff games the team was 27.2 points per 100 possessions better with Harrell off the floor (+15.6) than it was with him on the floor (-11.6). While Harrell took a step backward, starting center Ivica Zubac (three years younger) improved, and the Clippers also used JaMychal Green (who has a player option on the final year of his deal) as a back-up center. There are other teams out there – Toronto is one – that have bigger questions regarding their frontline than the Clippers do.

Given the circumstances (playing in a bubble after a month-long bereavement absence), one could certainly dismiss Harrell’s postseason performance and focus on a pre-hiatus season in which he was an impact player on both ends of the floor. He ranked third in roll-man efficiency, while also grading out as one of the league’s best rim protectors.

Number to know: Harrell ranked second with 393 total baskets in the restricted area in the regular season. 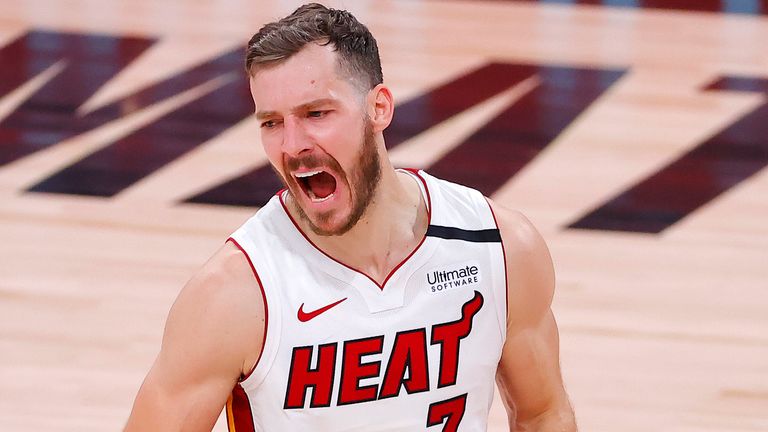 After playing just 36 games in 2018-19, Dragic revived his career just in time to earn a new contract. He was a Sixth Man Award candidate in the regular season and then, as a starter, led the Heat in scoring through the first three rounds of the playoffs.

But Dragic suffered another injury in the Finals and will turn 35 next May. The Heat may be looking to preserve their cap space for 2021 and Kendrick Nunn could eventually take the starting job back. So a lucrative, one-year deal seems like a logical solution, though it would be interesting if Dragic is looking for something long-term. 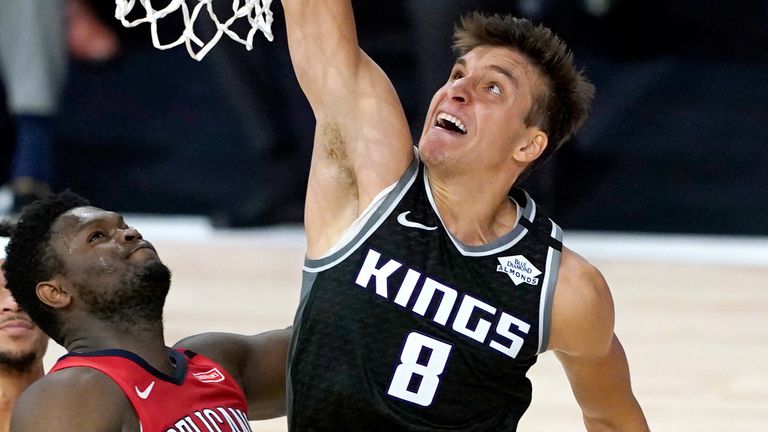 Bogdanovic is the kind of scorer and playmaker that a team with a 14-year playoff drought should want to keep around. But the 27-year-old plays the same position as the Kings’ highest-paid player. Buddy Hield’s four-year, $88m extension kicks in next season and De’Aaron Fox is eligible to sign his own extension. Committing a ton of money to three backcourt guys might be a tough thing for a team, led by new general manager Monte McNair, that finished in 12th place this season.

Number to know: Bogdanovic shot 49.5 per cent from mid-range, the seventh-best mark among 84 players with at least 100 mid-range attempts. Wood came into the league in 2015 with the 10-72 Sixers, spent the entire 2017-18 season in the NBA G League, and had never played 200 total minutes for a single NBA team before getting an opportunity with the Pistons this season. But he made the most of that opportunity, finishing fourth in Sixth Man Award voting and eighth in Most Improved Player voting.

Wood can finish at the rim (his 77 per cent in the restricted area ranked second among 102 players with at least 200 restricted area attempts) and shoot from the perimeter (39 per cent on 140 three-point attempts). And though he has bounced around the league for five years, he is still just 25 years old.

Number to know: Wood was one of four players to play at least 1,000 minutes, shoot 55 per cent or better, and average at least 20 points and 10 rebounds per 36 minutes. Bertans is the definition of ‘instant offense’ in that he is probably going to shoot the instant he touches the ball, even if he is 30 feet from the basket. Though he came off the bench, Bertans led the league with 7.4 catch-and-shoot three-point attempts per game. The 43.1 per cent he shot on those catch-and-shoot threes ranked 11th among 81 players who attempted at least 200. High release. High volume. High efficiency.

With the biggest payday of his career likely in the balance and the Wizards having little chance of making the playoffs, Bertans opted out of the NBA restart. He is obviously a good fit alongside John Wall and Bradley Beal in Washington, but every team needs shooting.

Get NBA news on your phone

Want the latest NBA news, features and highlights on your phone? Find out more

Number to know: According to Second Spectrum tracking, Bertans led the league with 65 three-pointers in the first six seconds of the shot clock, 11 more than any other player. 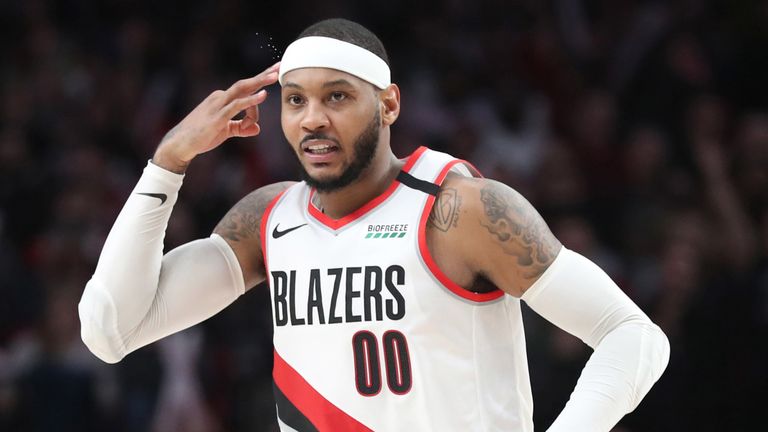 Anthony had his moments with the Blazers after a full year out of the league. But, even playing alongside Damian Lillard and CJ McCollum, he wasn’t very efficient in his role. His true shooting percentage of 52.5 per cent ranked 205th among 248 players with at least 300 field goal attempts in the regular season.

Anthony was also one reason why the Blazers were the league’s worst defensive team (by a wide margin) after Christmas. There is value in having guys who can get to their shot late in the clock, but it would be interesting to see what kind of role the 36-year-old Anthony would have next season if Trevor Ariza, Zach Collins, Rodney Hood and Gary Trent Jr are relatively healthy. Howard gave the Lakers critical minutes in their Conference Finals series victory over Denver, but wasn’t much of a factor in their other three series. JaVale McGee can opt into one more year with the Lakers, Markieff Morris is also an unrestricted free agent and Anthony Davis will obviously play some minutes at the five.

It will be fascinating to see if the champs run it back with that same frontline or look to shuffle the deck. Three of their perimeter rotation guys – Avery Bradley, Kentavious Caldwell-Pope and Rajon Rondo – also have player options.

Number to know: Howard ranked fifth in the regular season (12.8 per cent) and second in the playoffs (11.5 per cent) in offensive rebounding percentage among players who averaged at least 15 minutes per game.

Want to watch even more of the NBA and WNBA but don’t have Sky Sports? Get the Sky Sports Action and Arena pack, click here.