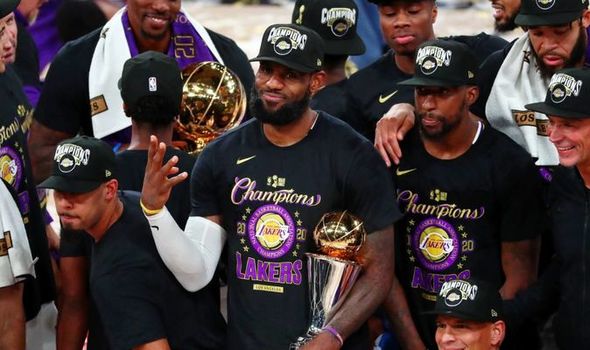 LeBron James put on a basketball masterclass as he led the Los Angeles Lakers to their 17th NBA title on Sunday night, earning himself his fourth NBA Finals MVP award in the process.

James, considered by many to be the best player in history, scored an impressive 28 points with 14 rebounds and ten assists on his way to winning the Finals MVP.

The 35-year-old entered the game having averaged 30 points-per-game, and continued where he left off by putting in a typically strong performance on Sunday night.

He led the Lakers in scoring and assists, and only had one rebound fewer than team leader Anthony Davis.

‘The King’ was dominant on both sides of the ball, closing Jimmy Butler and the Miami Heat out of the game. 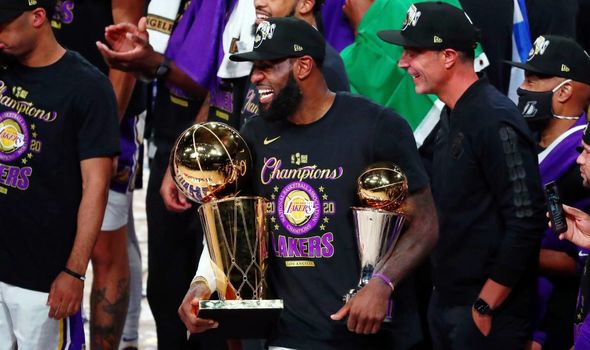 It was the Lakers’ defence that won them Game 6, as they limited Miami to just 34 points in the first half of the game.

They continued to be aggressive going forward, too, as they were clearly eager to build up a significant lead to dent any hopes Miami had of forcing a Game 7.

Butler, who had been the Heat’s driving force throughout the series, was limited to just 12 points thanks to the Lakers’ defensive efforts.

Despite a slight late wobble, in which the Lakers’ lead was cut from 36 points to 21, there was no need to panic for Los Angeles fans at any point.

With just a minute and a half remaining in the game, James was taken out of the game by head coach Frank Vogel, giving him the chance to take in the victory from the sidelines with his good friend Davis.

After the confetti had fallen and Lakers owner Jeanie Buss had lifted the Larry O’Brien trophy, James was awarded the NBA Finals Most Valuable Player award, a fitting accolade for his incredible post-season efforts.

James has now won the award each time he has led a team to a title, having won back-to-back championships with the Heat in 2012/13, before returning to his home town of Cleveland and breaking their 50-year championship drought in 2016.

And speaking after he lifted the trophy, James declared he and the organisation want respect. 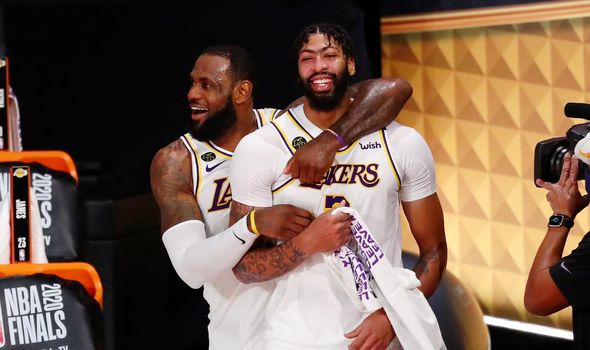 James was criticised by some fans and pundits last year after the Lakers failed to make the play-offs, before the organisation made a huge trade to acquire Davis from the New Orleans Pelicans. 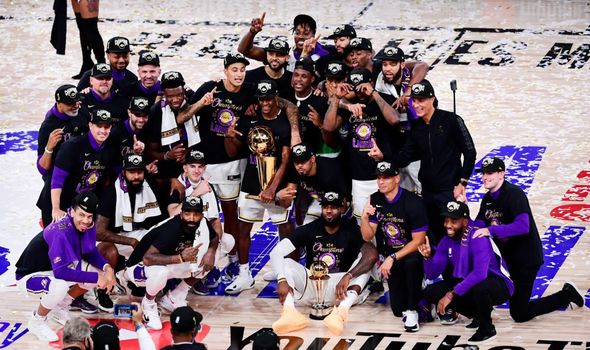 “And I want my damn respect, too.”

James discussed his relationship with team owner Buss, and referenced a conversation they had after he joined in 2018, in which he promised her he would bring them a title.

He continued: “It means a lot to rep this franchise. I told Jeannie when I came here that I was going to put this franchise back in a position where it belongs.

“Her late, great father did it for so many years and she just took it on after that and for me to be a part of such a historical franchise is an unbelievable feeling, not only for myself but for my teammates, for the organization, for the coaches, for the trainers, everybody that’s here.”