Kyrie Irving is re-joining the Brooklyn Nets on a part-time basis, as they struggle to deal with a number of injuries to the rest of their roster.

The Nets decided Friday that Irving would come back to practice and play in road games, even though he remains unable to play at home because he doesn’t meet New York City’s vaccine mandate.

The Nets originally determined that Irving wouldn’t play with them at all until he could play in all games. 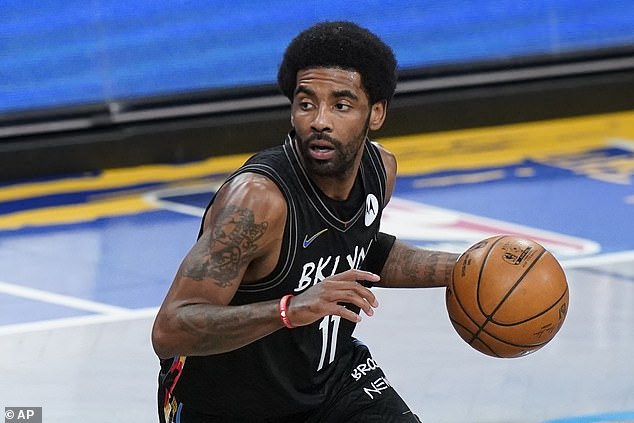 But worried about the heavy workload on Kevin Durant and short-handed with seven players unavailable because of the NBA’s health and safety protocols, the Nets figured they couldn’t pass up the chance to add the All-Star guard.

‘We arrived at this decision with the full support of our players and after careful consideration of our current circumstances, including players missing games due to injuries and health and safety protocols,’ general manager Sean Marks said in a statement.

‘We believe that the addition of Kyrie will not only make us a better team but allow us to more optimally balance the physical demand on the entire roster.’

Members of New York’s pro and college teams must be vaccinated against the coronavirus to be able to play in public arenas.

Irving refused to get vaccinated and hasn’t practiced with the Nets since October. 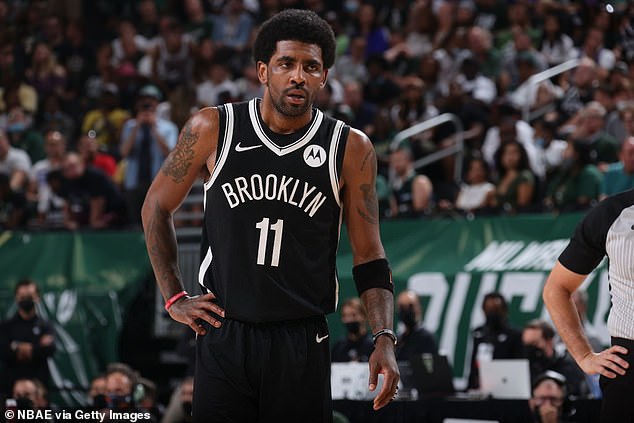 Given that lay-off, it’s unclear how soon he will be ready to play. But the Nets, despite leading the Eastern Conference with a 21-8 record, are in need of healthy bodies.

He will still have to sit out road games against the New York Knicks and Toronto Raptors unless he is vaccinated, but the Nets will be able to have him for everything else as long as he continues to test negative.

Irving is allowed to practice at home, as the Nets’ training facility was deemed a private venue.

Former Boston Celtic guard will face stricter rules if he remains an unvaccinated player, though additional mask-wearing and testing are returning anyway later this month. 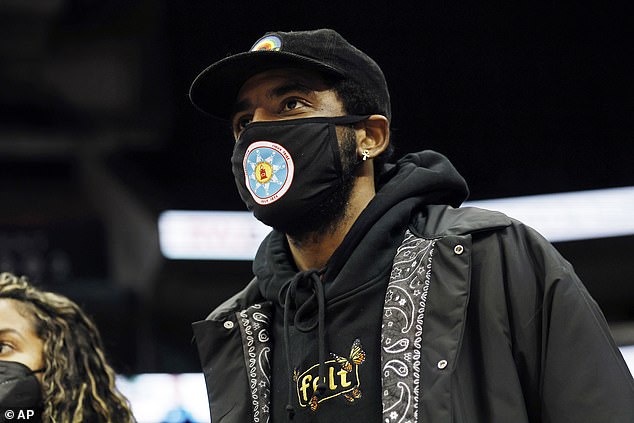 It’s forced Durant, the NBA’s leading scorer, to play far more minutes than the Nets would like. Coach Steve Nash said Thursday he wanted to get him rest, and the Nets have said Durant will rest a sore right ankle on Saturday against Orlando in the opening night of a back-to-back.

The Nets figure to face some criticism for bringing Irving back now, as coronavirus cases rise and more players are testing positive and being forced into protocols.

But with Harden still struggling at times after a hamstring injury in the playoffs, the Nets have been unable to come close to the offense that last season was one of the NBA’s most potent. Irving, who averaged 26.9 points last season, should help get them back close to it.