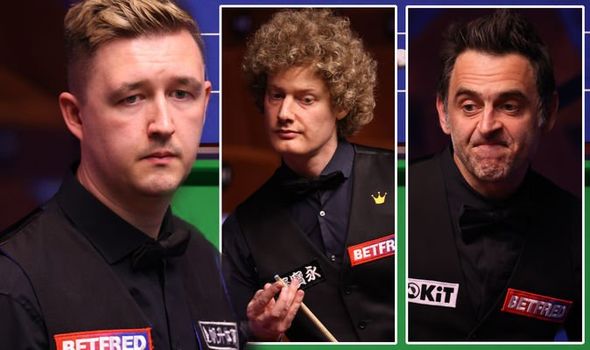 Kyren Wilson insists he’s in a “win-win situation” against Neil Robertson in the quarter-finals of the World Snooker Championship because the Australian is the overwhelming favourite to win the Crucible title.

The afro-haired Robertson, the world champion in 2010, looked comfortable throughout as he saw off Jack Lisowski 13-9 in the second round.

No 3 seed Robertson’s win was described as “utterly ruthless” by Stephen Hendry, the seven-time Crucible king.

Hendry’s record will remain unmatched at least another 12 months after Ronnie O’Sullivan, the defending champion, was eliminated by Anthony McGill in Sheffield on Friday night.

In Wilson’s eyes, that makes his last-eight opponent Robertson – whom he faces after seeing off Barry Hawkins 13-10 – the stand-out favourite even over world No 1 Judd Trump.

Previewing his quarter-final, which gets underway at 10am on Tuesday morning, Wilson told Eurosport: “I’m really looking forward to it. Neil’s obviously been tipped very heavily to win this event. 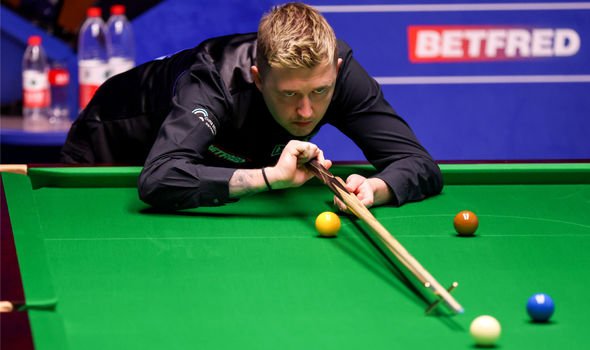 “He’s probably the big favourite now to go on and lift the title so I’m obviously going to have my work cut out.

“I feel like I’m on to a little bit of a win-win situation by playing Neil and I always enjoy playing him.

“We’ve had a good couple of matches recently which I managed to get the better of him in. I’m looking forward to taking him on here at the Crucible for the first time.”

Wilson, 29, made the final last year only to lose 18-8 to O’Sullivan, but four-time ranking title winner is hopeful of going one better this time around.

Asked about his prospects this year, Wilson – who at one point watched a 9-4 lead slip as Hawkins pulled it back to 9-9 – added: “I always believe I can go the distance.

“I always get there or thereabouts in this tournament as of recent years and you’re into the quarter-finals, you’re more than likely going to come up against a top-eight player in this round.

“So this is always a very trickle hurdle to get past. You’re really into the thick of things now in the quarter-finals.”

The in-form Robertson, 39, meanwhile said after beating Lisowski: “If you look at the draw, the match-ups, they’re not guys who will make it scrappy against me. That will only make it worse.

“Whatever happens, I’m going to be involved in really good matches, free-flowing scoring like this one. That’s what suits me.

“Even if I were to play someone who does make it tough, I can spot those signs much earlier than maybe what I did in previous years here. 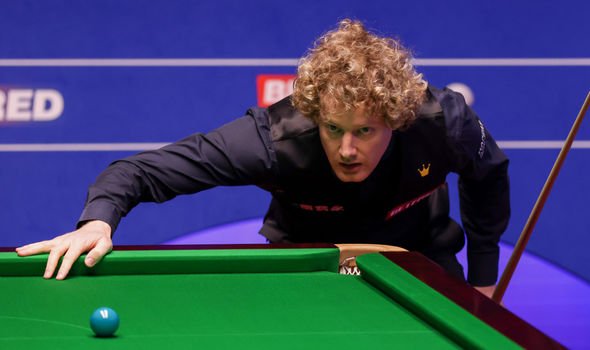 “Maybe I can make it an overly aggressive game which again will suit me.”

The other quarter-finals will see O’Sullivan’s conqueror McGill take on either Stuart Bingham or Jamie Jones.

While Mark Williams faces either Mark Allen or Mark Selby, and the winner of Shaun Murphy vs Yan Bingtao will take on either David Gilbert or Trump.

The four last-eight matches begin on Tuesday morning and will be completed on Thursday evening.

The semi-finals then get underway between Thursday April 29 and Saturday May 1, the best-of-35-frame final taking place across four sessions on Sunday May 2 and Monday May 3.