Australian guard Dyson Daniels has been drafted by the New Orleans Pelicans with the eighth pick in the NBA draft in New York on Friday (AEST).

The Bendigo-born-and-raised 19-year-old celebrated his selection with his parents Ricky and Brikitta and his brothers Kai and Dash, who were with him at the Barclays Centre in Brooklyn, New York. 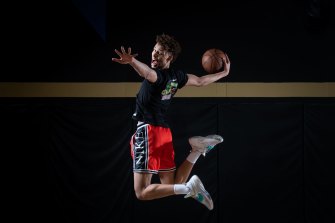 Daniels is expected to join his new team in the coming days ahead of the NBA Summer League in early July.

The Orlando Magic selected forward Paolo Banchero from Duke University with the first pick in the draft, and their decision was a shock after forward Jabari Smith jnr from Auburn University had reportedly been the Magic’s top choice in the weeks leading in. 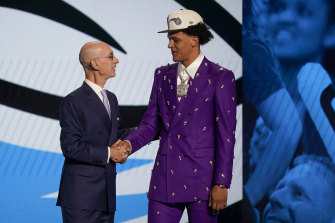 Smith jnr was selected by the Houston Rockets with the third pick and he showed some relief at the selection after being used as a decoy by the Magic.

The Sacramento Kings took guard Keegan Murray from the University of Iowa with the fourth selection.

The Detroit Pistons added guard Jaden Ivey from Purdue University with the fifth pick. He is the son of former WNBA player and current Notre Dame women’s coach Niele Ivey.

The Indiana Pacers selected Haitian-Canadian guard Bennedict Mathurin from University of Arizona with the sixth pick.