Stephen Curry racked up 29 points and the Golden State Warriors dominated the second half of NBA Finals Game Two on Sunday to beat the visiting Boston Celtics 107-88.

The series is now level at 1-1 and switches to Boston after San Francisco played host to the opening two games.

Curry came out firing in the third quarter and Jordan Poole’s three pointer at the buzzer from well beyond the arc capped a 35-14 third-quarter blitz that put the home team up 87-64. 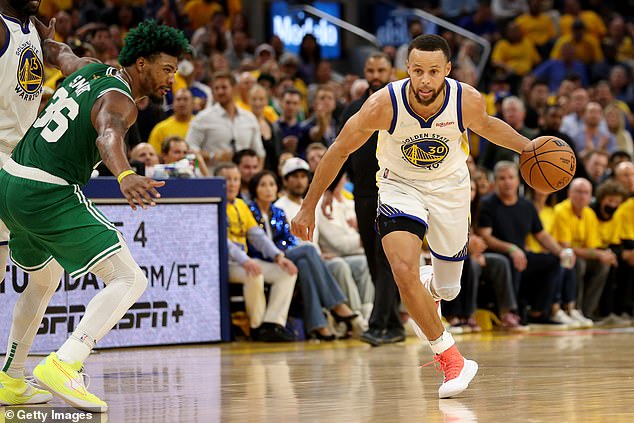 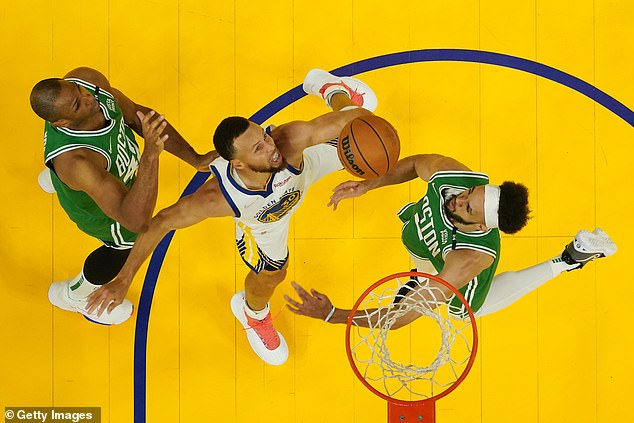 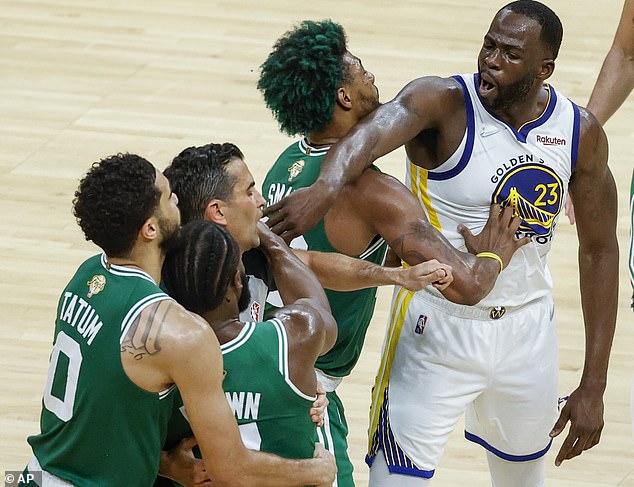 The Warriors continued to play physical defence and extended the lead over the final 12 minutes to avoid a fourth-quarter collapse like the one they suffered in Game One.

Curry led the way for the ‘Dubs,’ slotting five three pointers to go with six rebounds and four assists while playing outstanding defence.

‘Not just the shot-making but the defensive effort. He just doesn’t get enough credit for his level of conditioning, physicality and defense,’ Kerr said.

‘People go at him to try to wear him down because they know how important he is to us offensively.

‘And it is pretty dramatic, the difference in Steph’s strength and physicality between now and when I first got here eight years ago.

‘The guy is amazing; he just keeps working.’

The Celtics started the contest right where they left off at the end of Game One, using their superior size to frustrate Warriors shooters and swishing threes to take an early nine-point lead.

It was all Warriors after the break as the Celtics struggled on offense, committing 19 turnovers that led to 33 Warriors points and shooting just 36% from the field.

‘For us, that was a little disappointing, to give up 33 points off of 19 turnovers,’ Celtics head coach Ime Udoka said. 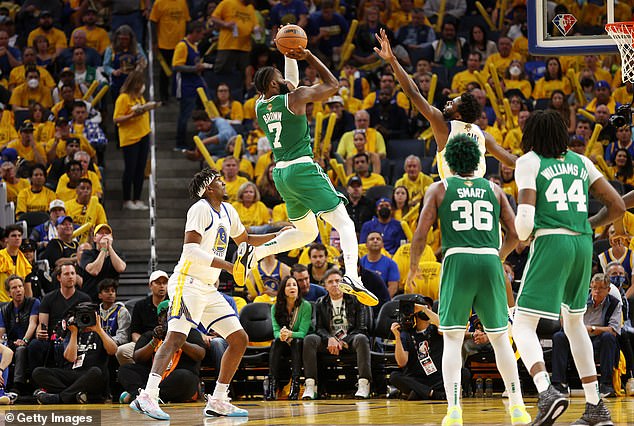 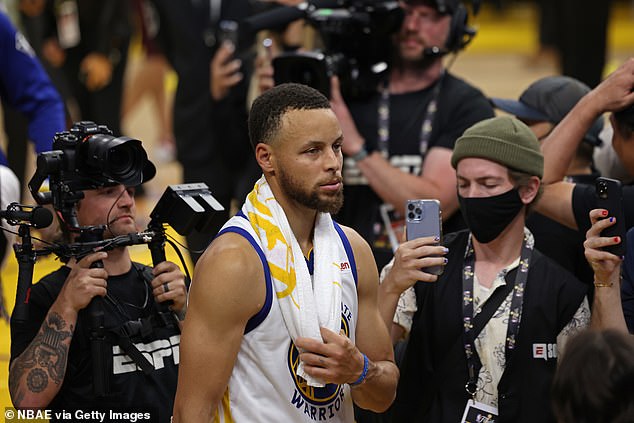 ‘That’s kind of been a constant theme in the playoffs. When that happens, we’re in trouble.’

The pivotal Game Three is set for Wednesday in Boston.

Prior to the start of Game Two, players and coaches on both teams wore orange t-shirts that said ‘End Gun Violence’ on the front and a list of advocacy organizations working to address the issue on the back, amid a surge in mass shooting in the United States.