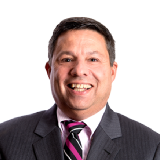 In few team sports, and perhaps no major sport, is a single transcendent player more impactful than basketball. Larry Bird can lift an Indiana State to the Final Four. Danny Manning can will an otherwise ordinary Kansas team to a national championship. Obi Toppin can turn Dayton into a No. 1 seed.

In college basketball, one player can indeed make all the difference. Unfortunately, San Diego State is about to learn that lesson the hard way.

Malachi Flynn was a nice player at Washington State, getting big-time minutes as a freshman and sophomore before finding an even better fit in terms of exposure — and potential success — at San Diego State. After a mandatory redshirt season, Flynn became a first-team All-America performer and carried the Aztecs to a 30-2 record. It was a breakthrough few, if any, predicted.

The Aztecs were at worst a No. 2 seed in the aborted NCAA tournament. They had enough of a nucleus returning, anchored by Flynn, to think nearly as big in 2020-21. A belated NCAA tourney appearance was a lock.

No longer. Flynn’s decision to forego his final year of eligibility may have been a bit surprising, but who could blame any player for looking at professional opportunities in today’s uncertain sports landscape? Similarly, who could blame SDSU fans for asking, “What if?”

The “what if” in this case is a hit of at least six seed lines in terms of NCAA projection. The Aztecs could still be favored in the Mountain West, but an at-large bid is anything but guaranteed and the kind of single-digit seed that could set up a deep NCAA run is now a fantasy. San Diego State is back to its more common designation as a bubble team.