Forty years ago this weekend athletics was top of the pops in Britain and Seb Coe and Steve Ovett vied for number one.

At the Moscow Olympics the pair held the sporting world spellbound as they won each other’s specialist events.

This was the golden era for athletics, a far cry from this year where there will not be a single international track and field event staged in the UK.

Whenever Coe and Ovett raced together – and they did only seven times in 17 years – prime time TV schedules were cleared.

To this day their rivalry fascinates the nation – even if Coe reckons it owed a fair bit to good fortune as “our other national games were not really very good products. 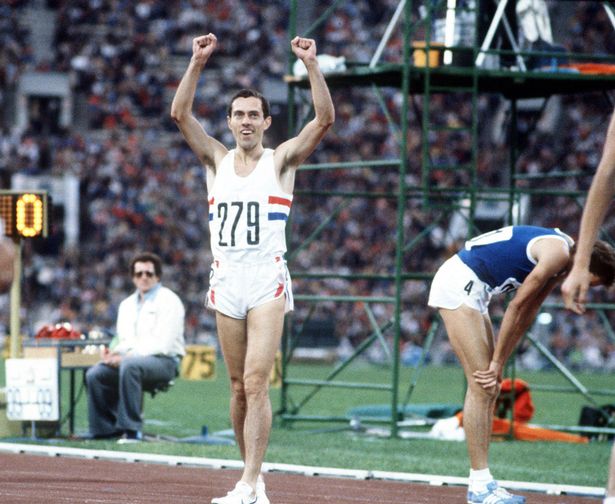 “Cricket was very in and out, England rugby was not something you’d make a beeline to Twickenham to watch, and football we’d failed to qualify for the last two World Cups.

“There was suddenly a realisation that British athletics had the best of the best anywhere in the world. No other sport could point to that.”

To fully understand what played out across an astonishing week in Russia, you need to go back to Christmas Day the previous year.

While the country reached for turkey and trimmings Coe set off from the Peak District into Sheffield on a 13-mile uphill run with Peter, his father and coach, following behind in his car.

“I got back and had my lunch and as I sat down preparing for the 800th screening of Damnbusters I remember feeling vaguely uneasy,” Coe said.

“I knew suddenly what it was. I thought, ‘I bet he’s out training again’. So compulsively I went upstairs, put my kit back on and ran another five miles.”

Not until 2006, when the pair bumped into each other at the Commonwealth Games in Melbourne, did Coe finally come clean to Ovett.

“And do you know what he said?” recalled Coe with an incredulous air. “He said, ’Did you only go out twice that day?!’

“Twenty seven years on and we’re still in the mindset where we couldn’t let it rest at that. He had to have the last word.

“I still don’t know whether he actually did go out three times..”

Against that backdrop it’s easy to understand the circus that surrounded their epic duels in Moscow.

“We were two people from the same country at the same time chasing the same spoils,” said Coe. “Both knowing that in order to come home with something we would have to demolish 10 years of hard, unremitting slog in each other’s lives.”

Coe had set three world records the previous summer, while Ovett flew to the Russian capital unbeaten at 1500m in more than three years.

When he then beat Coe into second place over 800m it not only confirmed him as the hottest of favourites for the longer trip, it left the future Lord shattered.

“The following morning I was buried in bed, I didn’t want to get up,” Coe said. “The only thing that drove me on was never, ever wanting to feel like that again.”

He felt he had never run a worse race and was so appalled with himself that come the 1500m “I was prepared to die with blood in my boots in the stadium”.

So followed one of the great sporting comebacks. Two slow laps might have played into the hands of the 800m specialist, but he still had to execute.

Forty years on Seb Coe remains oh so relieved that he did.